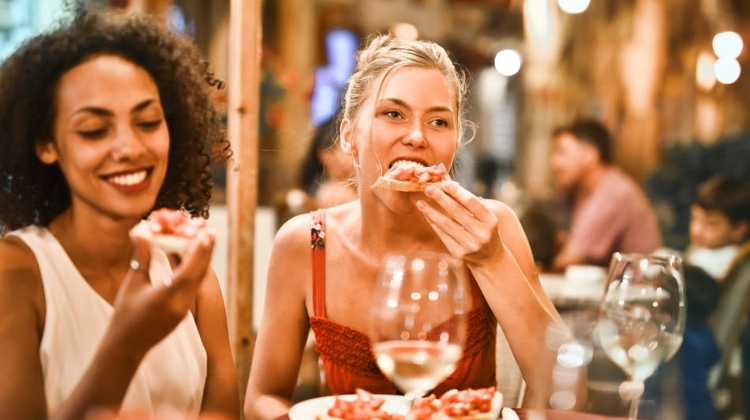 While Budapest’s heart can undoubtedly be found in the VII district – known for the ruin bars, trendy eateries and overall energetic atmosphere – those seeking Budapest’s soul need to travel out a little and escape the cloud of gentrification present in the city centre.

While most districts in Budapest have something interesting to show you, none are quite as unique as the VIII district, that straddles the city’s ‘Grand Boulevard’, a semi-circular road that encloses the city centre. Considered by many as a ghetto, it is distinctly run-down and has a large Roma population that is mistrusted and shunned by locals and visitors alike.

In recent years, though, things have started to change. Developers, inevitably, have spotted an opportunity and swooped in to build modern housing and retail developments. But, more encouragingly, local entrepreneurs have also seen the light, and thanks to the same conditions that sparked the VII district’s boom – namely cheap rent and a surplus of available space – bars, coffee shops, boutique retailers and art spaces are popping up everywhere.

If you’re keen to see the area’s transformation for yourself, here is a little itinerary for you: 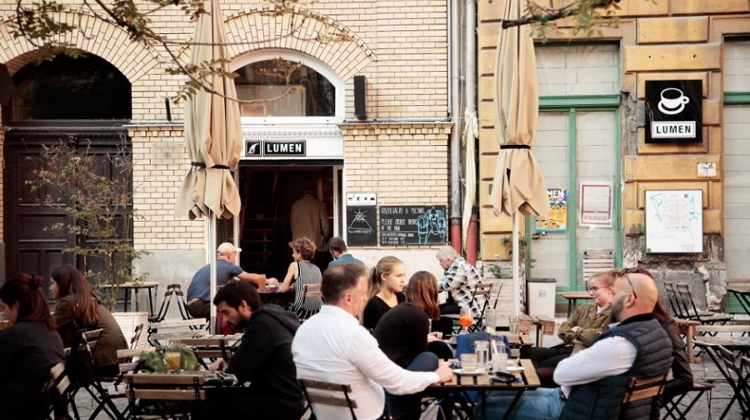 Lumen Cafe sits on Mikszáth Kálmán Square, part of an area known as the Palace Quarter. Once deserted, the square is now home to bars and cafes and is packed most summer evenings with locals, tourists and students from the local university – a great example of tastefully done redevelopment.

Lumen itself is one of the driving forces behind Budapest’s third-wave coffee movement. While your average Hungarian used to enjoy their coffee hot, black and served with breakfast, Lumen introduced people to speciality coffee, artisanally produced and available all day long with great food served alongside.

Today, it’s a concept that’s thoroughly caught on and Lumen is part of Budapest’s informal coffee shop tour. It also serves fresh-cooked food and snacks, local craft beers and wines, hosts musical entertainment in the evenings and even exhibitions in their adjoining art gallery. 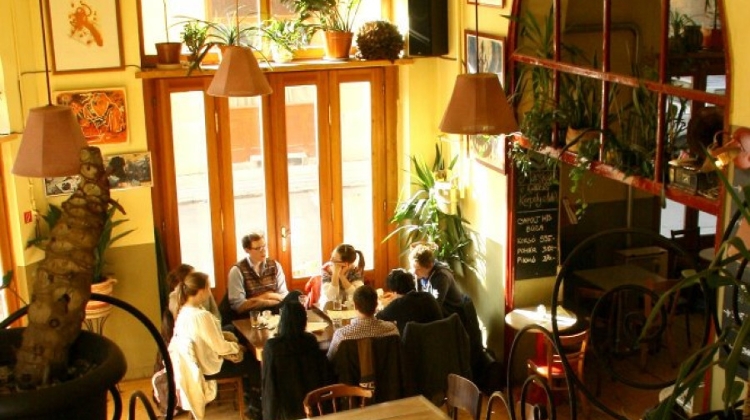 Ask any local where to stop for a bite to eat and they’re sure to point you to Cafe Csiga at Vásár Street 2. The interior is spacious and bright, the walls are decorated with the work of local artists and the staff are always warm and welcoming.

What really sets this place apart though is the food. They have extensive and regularly changing breakfast and daytime options and cheap daily menus – a staple of dining in Hungary.

Dishes are a pleasant mix of Hungarian comfort foods and international favourites and a quick look at what comes out the kitchen will show you how much pride the chef here takes in his work.

Learn About The Area– A Trip To Aurora 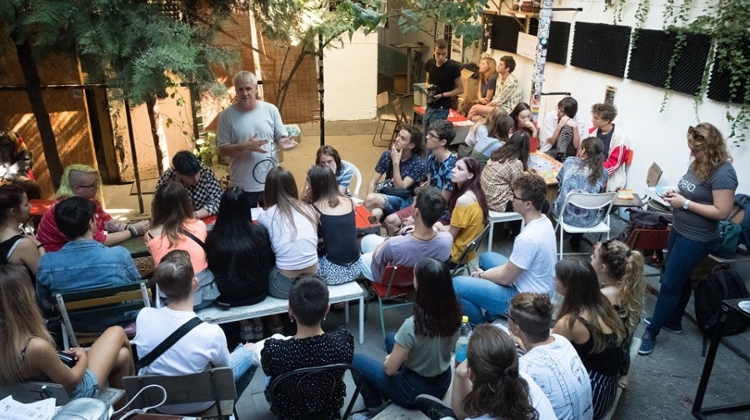 Walking the streets is the best way to get a feel for the VIII district and trust us when we tell you that this is probably the closest you’ll get to a glimpse of what the city looked like during Socialist times. Crumbling, yet beautiful architecture and long-boarded up grocers and hardware stores serve to remind you of a time before new-builds and shopping malls and give you an idea of the real community feel Budapest used to have.

It’s also not hard to spot the problems. Many of those buildings, while in a state of heavy disrepair, are still someone’s home, and a walk through János Pál Pápa Park (known more commonly as Pope Park) will remind you that many people aren’t even lucky enough to have a home.

One place trying to reignite the community atmosphere while working to help the area’s most vulnerable is Aurora, a cafe meets performance space meets workspace for local charities. Stop by in the day for a coffee, local beer or something from their vegan buffet. Stay for the evening and you’ll get the chance to see anything from a performance of experimental Finnish electronic music to a talk on the Roma rights movement. 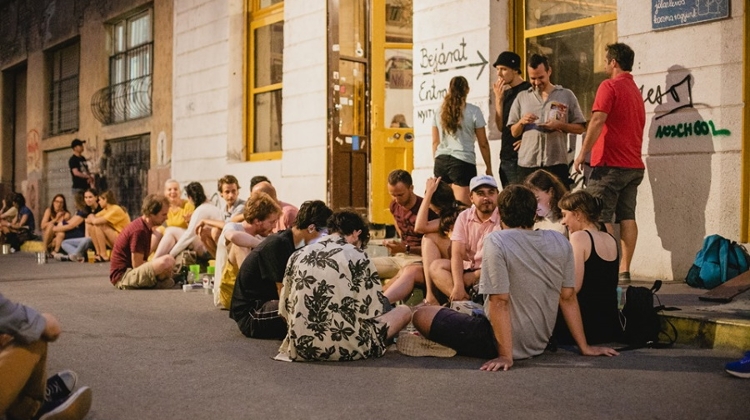 If you happened to have read just about any guide to Budapest, you’ve probably heard about the ruin pubs. They’re Budapest’s very own claim to cultural fame and a byproduct of young people’s frustration in the early 2000’s at the lack of anywhere cool for them to hang out and drink.

Szimpla was the first and still is the most famous of the ruin pubs – located in a disused apartment building in the heart of the Jewish Quarter. The ruin part comes from the fact that very little renovation was done when the place was first opened, save from scavenging old furniture and adding some graffiti to the walls.

This wasteland style soon became very popular and dozens of similar bars opened in the surrounding area. Today, Szimpla is still well worth a visit, but anyone that remembers it from the old days will tell you it’s changed a lot over the years and lost some of its charm – a victim of its popularity and increasing efforts to commercialise the brand.

Gólya, is a refreshing trip back to the good old days or ruin pubs. The bar staff treat it like home and the patrons are friends. It stands right on the edge of the new Corvin Plaza development and right next door to an under-construction science centre, making it pretty much the dividing point between old and new in the district. As a result, gentrification and the controversy it creates is a popular topic of conversation among regulars at the bar.

Open through the day and into the evening, and with an indoor courtyard, there’s a real buzz in this place. Drinks are cheap and the food is delicious. What’s more, like Aurora (and sometimes in conjunction with them), there are regular talks and concerts.

After an afternoon spent wandering around VIII district, you should have got a good feel for Budapest minus the tourists. If you’ve still got time to kill, you might want to head towards the river and into district IX – another unique district with lots to see.