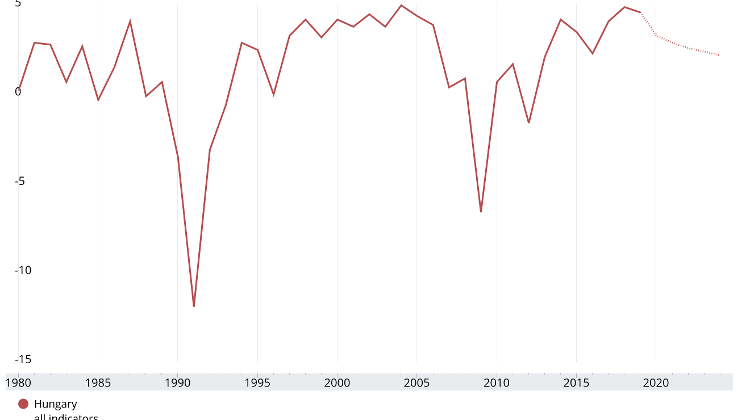 The International Monetary Fund (IMF) raised its projection for Hungary’s GDP growth this year to 4.6% in its fresh World Economic Outlook. The projection was raised from 3.6% in the previous forecast released in April.

The government’s official forecast for 2019 GDP growth is 4.0% based on the spring update of Hungary’s Convergence Programme, but Finance Minister Mihály Varga said after Q2 data released at the end of August showed higher than expected growth that the full-year figure could reach 4.3-4.4%.

The IMF noted that fiscal projections for Hungary include the IMF staff’s projections of the macroeconomic framework and of the impact of recent legislative measures, as well as fiscal policy plans announced in the 2018 budget.