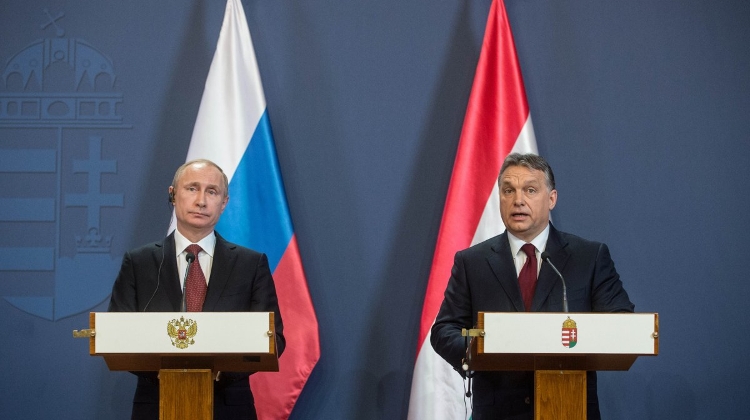 President of Russia Vladimir Putin will pay a working visit to Budapest at the invitation of Hungarian Prime Minister Viktor Orbán today. Warnings have been issued for potential traffic disruptions due to Putinʼs delegation, which will also include Foreign Minister Sergey Lavrov.


According to a press release from the Kremlin, the two leaders will discuss a range of issues related to Russia-Hungary interaction, with a focus on trade, economy, and culture, as well as exchanging opinions on some current international and regional matters.

As the Budapest Business Journal reported yesterday, a settlement between Russian oil giant Lukoil and Hungarian energy company MOL regarding a contaminated oil shipment incident earlier this year will also be signed during Putin’s visit.

According to a police announcement, significant periodic traffic restrictions will be imposed on several major roads in the capital in the afternoon, with the area including the M0 orbital motorway and Andrássy út. A map of the restrictions can be found here.

In addition, a recorded message was played on BKK public transport vehicles on Tuesday evening, warning in English and Hungarian of traffic disruption likely to be caused by the arrival of an unspecified "delegation" in Budapest.

The BKK also advised passengers with flights departing between the hours of 12 noon and 2 p.m., or between 7 and 9 p.m., to set off "significantly earlier" to ensure they reach the airport in time.