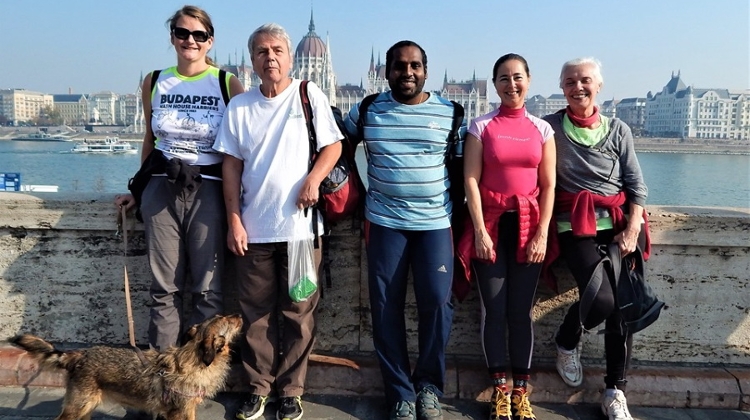 There is an international club that meets every Sunday on Batthyány Tér on Bem rakpart as in above picture. They are the Hash House Harriers, 'an international drinking club with a running problem' as the worldwide motto of Hashers goes.

The Budapest Hash has a simple and fun formula, at the start they collect HUF 500 for beer, then they leave the meeting point they take public transportation to the start of the running trail. The hare sets off marking the trail with flour followed by the pack shortly after.

The trail varies between 8 and 12k with both running and walking groups. Occasionally the trail can be challenging, steep and muddy.

At the end of the trail the circle takes a place with singing , drinking and amusing punishments. After the circle they go for an optional restaurant meal, finishing about 7 pm. Sometimes they go for a drink later and then public transport home.

For updates on their weekly trails, visit them on Facebook here.