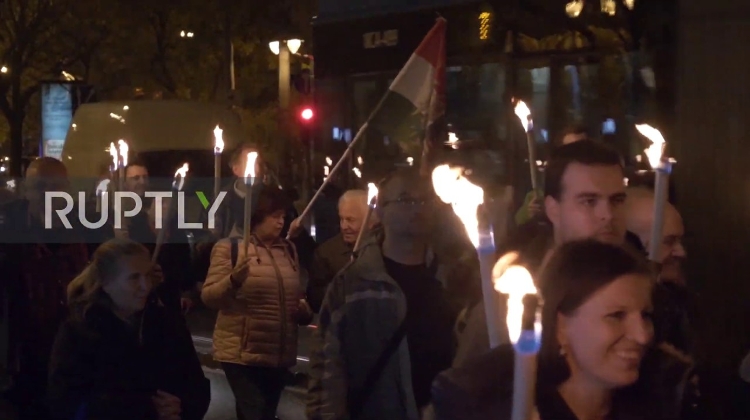 The radical nationalist Mi Hazánk party organised a march and horse parade in Budapest on Saturday in commemoration of the 100th anniversary of inter-war regent Miklós Horthy’s return to Budapest.

He said Ferenc Gyurcsány, the former Socialist prime minister who now heads the opposition Democratic Coalition party, was the true successor of Mihály Károlyi, the leader of the First Hungarian Republic in 1918-1919 who, Tororoczkai added, had turned from a conservative aristocrat into a “red count”.

Toroczkai vowed to “tear off all the red rags and rainbow flags and throw them on the bonfire and recapture not only Budapest but Hungary as a whole.”

The march by torchlight was led by a white horse along Bartók Béla Road, formerly Horthy Miklós Road, to St Gellért Square in Buda. Counter-demonstrators tried to disrupt the event, chanting “filthy Nazis” and “filthy Horthy.”

The police kept the two sides apart and no incidents took place.