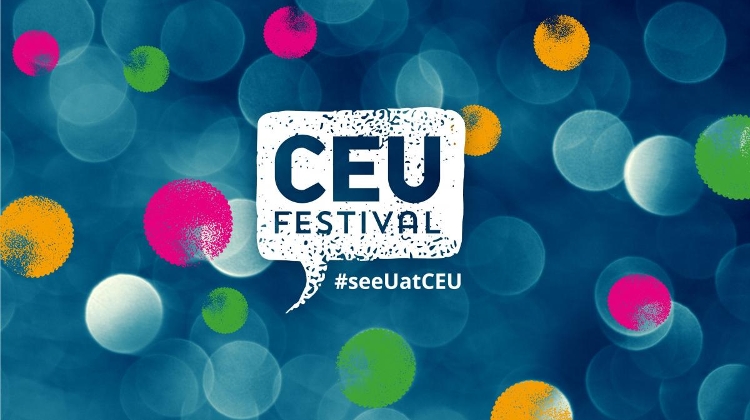 Are you interested in how to make holograms? Would you wear jewelry made out of used bike parts? Have you imagined the way in which the city should be redesigned while being stuck in traffic? Are you interested in how a CEU climate researcher, a famous poet and slam poetry come together on one stage? Has it been a while since you danced? Well, it is just about time as the academic year has already started.

CEU is for studying. And for having fun. If you are interested in how to do both, come to the CEU Festival. In the evening two bands, Romungro and the Platon Karataev Duo will make you dance, during the day you can participate in CEU’s exciting workshops.

What are the possible uses of holograms in art or in the logo of an organization? By the end of the workshop, you will have learned how to make a spectacular hologram simply with the help of your phone.

The new style created by young Ghanaians in the late fifties quickly crossed borders. By the end of the workshop, participants will be happy, sweaty, a few pounds lighter, and richer in a few dance moves from the dynamic dance of Western elements and old Ghanaian motifs.

What do you do with your bike when it's only good for parts? Do you throw it out? Do not do it! During the workshop we'll show you how to recycle your old bicycle parts and then hang them in your ears, wrap them around your arms, fingers, and feet as wonderful jewelry.

Are you interested in a variety of public, social, environmental issues and are you an avid activist? While you are in Budapest, you have a great opportunity to get involved in some local matters. We present you with countless ways to activate yourself for a good cause.

Can a polluted, smelly city be made more liveable and a little greener? In our workshop, you will learn about nature-based urban solutions (NBS) that support climate and environmentally friendly urban planning. Together we are redesigning Győr, Hungary's sixth most populous city, in only a few hours.

With this history-related board game, you can model your vision for the future in a single game or even replay history. Think of fictitious worlds, unusual imaginary places and communities. These may be colonies of scientists or even tribal villages on ex-planets, or perhaps communities controlled by machines.

You can imagine yourself in a virtual world or your favorite movie, model social processes, and produce alternative stories. In this workshop we invite you for a real time travelling experience.

Hundreds of people die every year in Hungary due to severe heat waves. According to the latest UN climate report, we have barely 10-20 years left to live as we do now. The Slam Academy is now tackling the topic of climate change with the help of slammers, climate scientist Diana Ürge-Vorsatz and poet Péter Závada.

The band playing Roma folk music has a limitless spirit for experimentation. To instruments widely used in authentic Roma music, they added a cajon, a cajonit, a darbuka and a saxophone, and with a bold decision, a Hammond organ. The result became a unique Roma-jazz-blues sound.

Essentially playing the genre indiefolk, the band captures the hearts of the audience with sensitive, sincere and hit-sensitive songs. The first single of the band which was formed in 2016, "Elevator" finished 4th on the German Spotify Top50 playlist. With their debut album in 2017, they also managed to collect the title of one of the most streamed Hungarian bands.