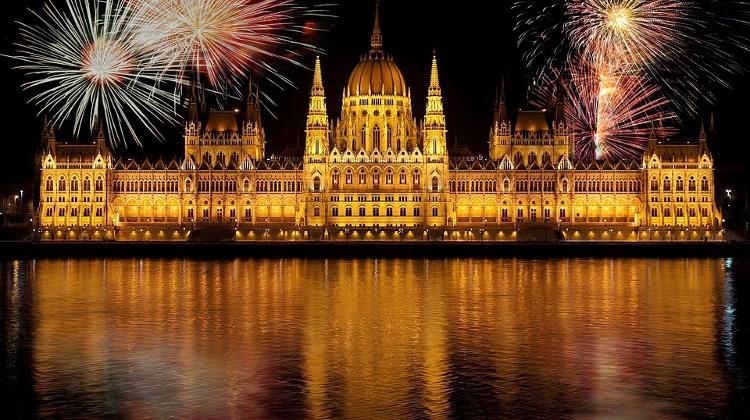 Here's a quick summary of what will be officially going on from Sunday 18th to Tuesday 20th August, the 'National Holiday of the Foundation of the Hungarian State'.

Events include an 'Air and Water Parade' in the front of Parliament, a 'Street of Hungarian Flavours', concerts at Clark Ádám Square, the ceremonial hoisting of the national flag, plus a fair few fireworks with a 'surprise element':

Festival of Folk Arts in the Buda Castle - click for details

8 am  - Ceremonial hoisting of the national flag of Hungary, followed by the swearing-in ceremony of military officers (1055 Budapest, Kossuth Lajos Square)

9.15 am - 10 am - Air and water parade in the section of the Danube in the front of the Parliament

From 10 am - Street of Hungarian flavours

6 pm – Message Chain with Petőfi Rádio along the Danube embanksments

Finally for your interest, here are a few quick facts about 'King Stephen the State Founder':

State events marking August 20, a major national holiday celebrating Hungary’s statehood, will be held over the period of three days.

Celebrations this year would reflect on a time when emphasising Hungarian statehood, national identity and national cohesion was more important than ever, he added.

The Street of Hungarian Flavours will open as early as on 18 August, Saturday, and will await visitors on all three days of the long weekend. There will be concerts on all three days as well. In addition to others, Tankcsapda will be among the performing artists; their concert will be held at the Gellért Statue.

Senior pyrotechnician Éva Leskovics said that this year in the evening of 20 August more than 21,000 effects will be set off. They recommend that visitors view the fireworks – both for best spectacle and for safety – from the section of the Danube Banks between the Chain Bridge and Margaret Bridge as well as on Margaret Bridge.

The organisers and the agencies responsible for safety will be able to communicate with one another on an ongoing basis via a secure communication system, and should the need arise, the fireworks could be stopped with the pressing of a single button.

A composition of Tamás Szarka will supply the background music. The fireworks will feature the national colours and gold, Mrs Leskovics said.

Government Spokesperson Zoltán Kovács said they will also have a surprise as part of the fireworks. He indicated that this year people with disabilities will be able to view the evening fireworks from the Olympic Park.