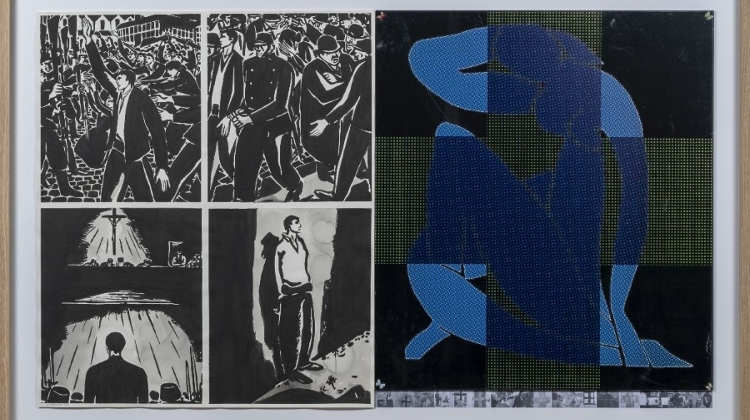 Seen until 5 October. 'Dates', a collaborative project by Roman Uranjek and Radenko Milak began in 2014, after realizing that both of them tied their artistic work to the domain of cultural and political activism.

Each of the two artists was born and raised in Tito's Yugoslavia and lived through its political collapse, the consequences of which remain palpable today.

Though they belong to different generations and have different backgrounds, they have a great deal in common, for instance their perspectives on political history, society and art, which creates common ground for their cooperative work as artists.

The exhibition in Ani Molnár Gallery presents the latest works of the DATES series, but besides their common project, the artists' latest individual works will also be on display.

The new works, like the earlier ones of the joint series DATES, raise universal questions. This show is another stage and interaction among time, space, history and politics, as well as a thought-provoking intellectual challenge for the viewer.

Together, the works by the two artists create a contemporary art puzzle, which bears countless layers of significance for interpretation.