Budapest Mayor: 'We Are Delivering On Campaign Promises' 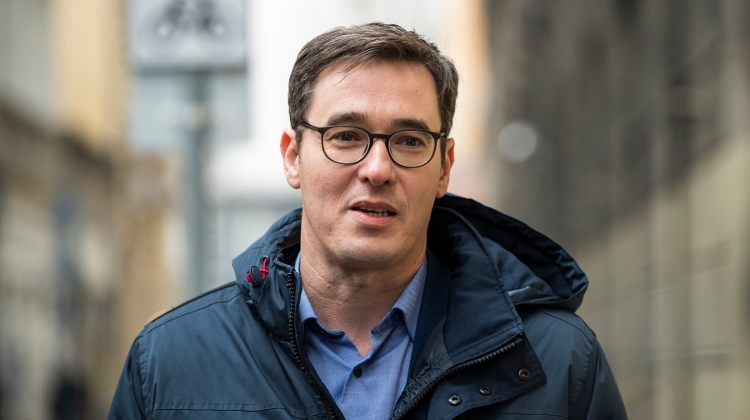 Budapest’s mayor, Gergely Karácsony, has said in an interview to public television that his administration was in the process of delivering on promises made in the local election campaign.

In the interview to M1 broadcast on Tuesday evening, Karácsony commented on his first 100 days in office, saying his administration comprising officials of the national opposition parties was working on its programme “systematically”. At the same time, he said the administration was forced to contend with “debt accumulated over the past 30 years”.

Asked about the possibility of banning diesel cars, Karácsony said the job of the city administration was to offer alternatives to car use. In many cases, there is no current alternative to getting around by car, he added.

Work is progressing to boost environmentally friendly transport and making improvements to public transport, while broadening the possibilities for safe cycling, he said. The mayor said western European models of low-emission zones in neighbourhoods with poor air quality were being examined. These models did not necessarily include the banning of diesel cars, he added.

On the subject of plans to renovate the Chain Bridge, Karácsony said his predecessor had put aside 26 billion forints (EUR 77.6m) for the project but it would end up costing double that amount.

He said there was no technical leeway for narrowing the cost gap. Karácsony said his administration had mulled whether to go ahead with renovating the castle tunnel at the bridgehead on the Buda side on Chain Bridge.

He said it had turned to the central government with a request to increase its side of the funding, but without success. So negotiations will be made on lowering costs. If this does not succeed, another tender will have to be launched, he added.

Asked about his national political party Párbeszéd, of which he is co-leader, and a possible move to join the green opposition LMP party, he said that whereas it was a legitimate idea, no plans were in the offing for the time being.

Asked whether he would like to apologise for his statement that he had not been invited to speak on public media – in light of a recent invitation to appear on public television’s culture channel M5 which he had rejected – Karácsony said he would be willing to apologise had it not been the case that not a single public media channel dealing with domestic politics had sought him, the newly elected mayor, for an interview in the past few months.