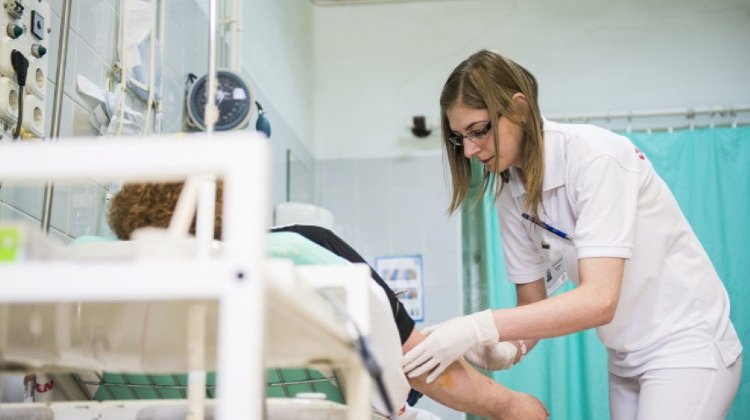 The government will increase wages and offer scholarships in order to boost the number of nurses, the human resources ministry said.

Ever since 2010, the government has been channelling money back to health care in order to compensate for what had been taken away from the sector previously, the statement said.

More respect has been shown to health-care workers and efforts have been made to secure a supply of new nurses and doctors, it said. This includes wage increases in order to make the sector more attractive to young people, it added.

Referring to the former prime minister, Ferenc Gyurcsány, the ministry said: “In the Gyurcsány-era the health-care sector was brought to the verge of collapse, tens of thousands of workers were fired and chased away from Hungary, the replacement of workers was not guaranteed and vocational training institutions were closed down, making any career in health care unpredictable.”

Currently the number of nurses per 10,000 people is just below 70, the statement added.

In line with a comprehensive wage increase plan up to 2022, the basic wage of skilled workers in health care will increase gradually by 72%.

Under a scheme dubbed “I will become a nurse”, 4 billion forints (EUR 12.1m) will be spent by the end of this year to offer scholarships to 3,200 nursing students, and the government will spend another 8.8 billion forints on building and modernising nurses’ hostels, the ministry said.