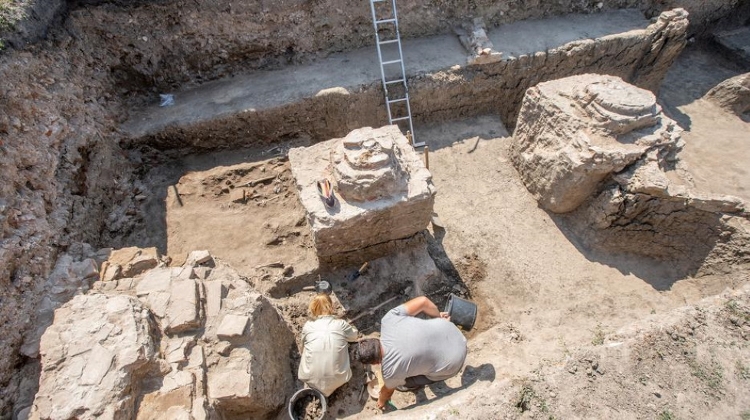 Preparations for the archaeological excavation of a more than 500-year-old synagogue in the castle district of Buda will start on Monday.

The synagogue, built around 1461, during the reign of King Mathias, lies buried 4-5 metres under a building in Táncsics utca.

The synagogue burnt down in 1686, during the siege of Buda.

Péter Kirschner, who heads the Hungarian Jewish Cultural Institute, said the synagogue was discovered by an archaeologist in 1964.

Funding from the United States was offered for the excavation, but the State Office of Church Affairs at the time refused the assistance and did not allow the archaeological work to move forward, he added.

On Monday, the ceiling of the Synagogue will be cleaned and raised to allow an evaluation of the condition of the building’s columns and walls, he said.

The long-term plan is to open the synagogue to visitors, he added.