Details Revealed About How Soldiers Are Helping Police Around Hungary 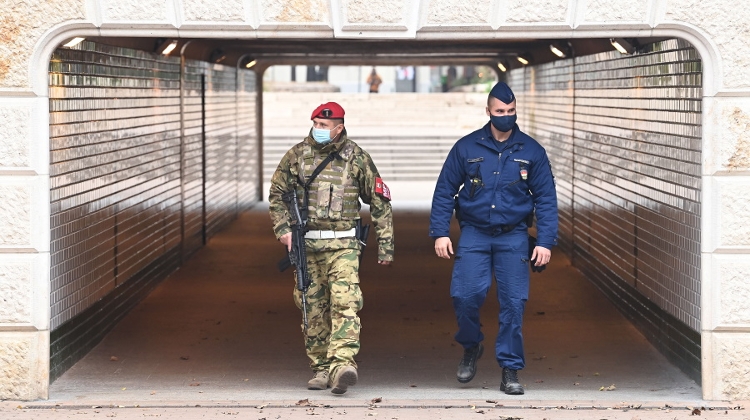 Soldiers will be helping police carry out their duties in public areas from Monday, participating in keeping order, peace and public safety, an official of the defence ministry said.

State secretary Szilárd Németh told a press conference that soldiers will assist in monitoring public compliance with the rules in force during the special legal order, including curfew regulations.

He said the army would make available all of its capacities and assets to help the Hungarian people and maintain the security and peace needed for a functioning country.

He said that during the first wave of the epidemic, the country had demonstrated “how to come together”. Hungary was able “to win the first half” thanks to people’s discipline, the effectiveness of timely government regulations and the dedication and perseverance of health-care workers, he added.

“This must stand as an example,” he said, adding that the second wave of the epidemic was much more aggressive and widespread in the whole of Europe.

The Hungarian army is participating in anti-pandemic efforts based once again on the introduction of a special legal order which parliament has extended by 90 days, he said.

Németh said soldiers were also assisting work in 93 hospitals in addition to “hospital commanders” remaining in place in 51 hospitals.

They will be involved in tasks that do not require medical training, such as patient referral and escorting, measuring body temperatures, general administration, IT tasks, moving stocks and warehouse duties, he added.

Around two hundred soldiers have also been tasked with guarding and protecting priority institutions, he said. He added that soldiers were involved in the disinfection of more than a 1,000 social care institutions and elderly care homes during the first wave, some 59 educational institutions were disinfected in the autumn break and they can again carry out such tasks if necessary.

Concerning patrolling duties together with police, he said for the time being some 50 soldiers were working with police in 14 cities and towns and their number will increase to 700. Soldiers are also assisting the work of police at Hungary’s southern borders, he said.