Online Puppet Theatre In Budapest: 'A Brief History Of Our Time', 27 – 28 December 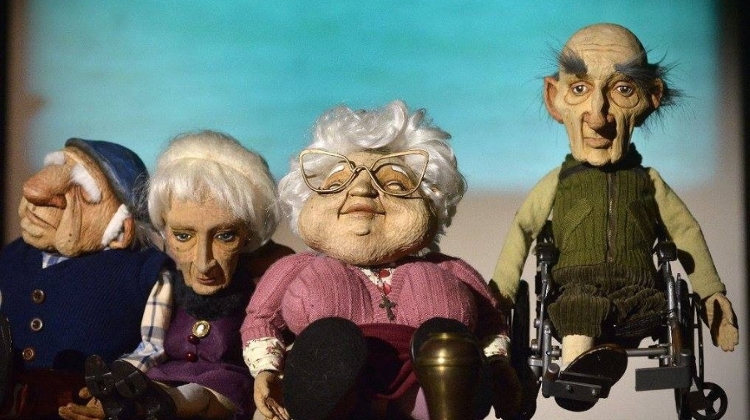 The members of the young generation of puppet artists claim that ‘puppetry is not an age but a genre’. Director Károly Hoffer and his actors refute the general belief that puppet theatre equals shows for children.

Four young actors, four elderly puppets, a dog, a dead man and a mission. There is a long way from Budapest to Venice on the puppet stage, from the future to the past, from the past to the future.

The presence of young actors and the narrated story highlight the old-age paradox, which is the main topic of the show: the soul would still fly freely, mind, imagination, spirit work the same way as before, but the aging body constantly reminds one of the brevity of life.

The relationship between the old puppets and the young puppeteers brings to life a theatrical form which presents both the pain of passage and the bizarre humour of old-age struggles.

The online performance can be watched with English subtitles.

Length of the performance: 70 min