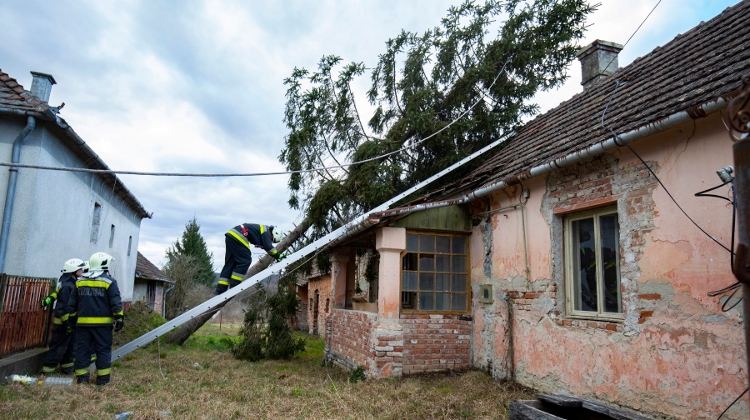 Dóka said a cyclone had reached Western Europe and was moving toward the continent’s interior. The National Weather Service issued a forecast for strong gusts of wind possibly exceeding 100 kilometres per hour, mainly in Transdanubia and then in the rest of the country.

Dóka said the strong winds will uproot trees, bring down power lines and damage the roofs of homes. He asked all commuters not to park their cars under trees and to drive with caution.

The storm, named Ciara, reached the country on Monday. Most emergency calls came from Zala and Somogy counties, where fire-fighters removed fallen trees and branches.