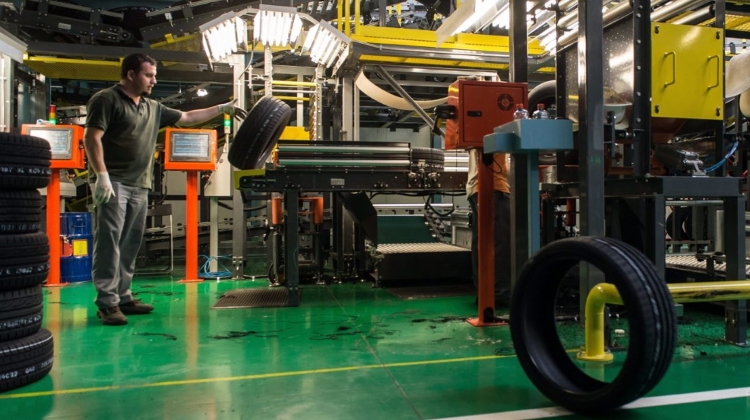 Auto parts supplier Continental has announced the dismissal of hundreds of its employees from its factories in Mako and Vac, while tyre maker Hankook is shedding jobs gradually on a monthly basis, Chemical and Energy Industry Union (VDSZ) president Tamas Szekely told Napi.

Subsidiary Conti Tech Fluid Automotive Hungaria decided last week to lay off 200-700 workers, depending on the size of orders and on a deal reached with unions.

Conti Tech proposed that employees take a pay cut of at least 20%, and work only four days each week.

If this proposal is accepted then only 200 jobs will be lost. The union is surveying members for their views.

The union will endorse the deal if Conti Tech guarantees that workers who accept the cuts will not be dismissed.

Continental announced on Wednesday that it is launching shortened working hours from May 1 and reducing the number of contracted workers, Portfolio reports.

Conti Tech halted production on March 23, after the state of emergency was declared.

The company is restarting production because its products are needed by carmakers in Germany.

Conti Tech does not expect a V-shaped recovery, but a flat one with a prolonged period of operating at low capacity, Szekely said.

Hankook dismissed 50 employees in March and another 50 in April, who were on probation or whose contract had expired, Szekely added.

He highlighted that layoffs of up to 50 employees do not count as mass dismissals that must be reported to authorities.

Hankook suspended production at its tyre factory in Racalmas, near Dunaujvaros on March 24, and completed a partial restart on April 14. (napi.hu; portfolio.hu; index.hu)