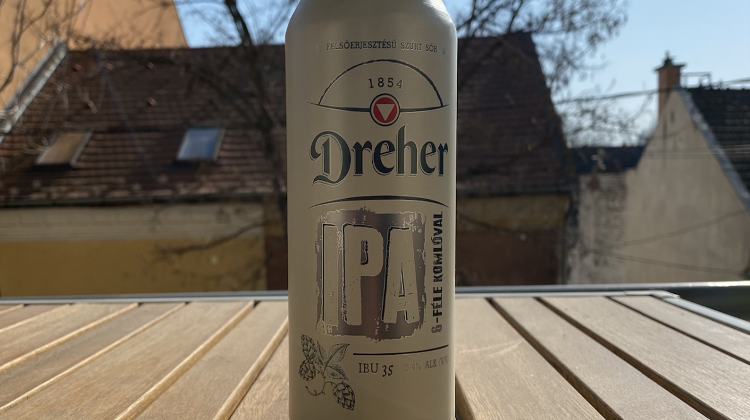 Hungarian brewery Dreher released an IPA made from six different varieties of hops, hitting an International Bittering Units (IBU) rating of 35, making it the breweryʼs most bitter light beer so far.

"Over the last two years, we have had an extremely good experience with our first top-fermented beer, Dreher Pale Ale," says Péter Séra, brewing manager at Dreher Breweries.

"The Red Ale introduced last year was also an immediate success among consumers. That’s why we decided it was time to make a recipe that would be characteristically bitter and decidedly full-bodied, meaning a real, exciting India Pale Ale. We use Citra, Mosaic, Cascade, Centennial, Azacca and Pekko hops to make the Dreher IPA."

Dreher IPA hit the stores in April. It is available in 0.5 l cans and bottles.