Share Of Online Shoppers In Hungary Below EU Average 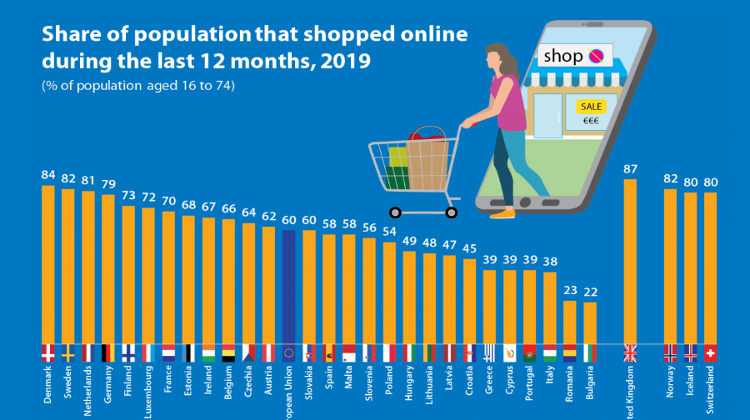 The percentage of Hungarians who shopped online stood at 49% last year, somewhat below the EU average of 60%, according to a survey by statistical agency Eurostat.

Eurostat measured the percentage of people aged 16 to 74 who shopped online in the 12 months leading up to the survey, which was conducted in 2019.

During the current COVID-19 pandemic, e-commerce can be expected to grow further, the agency notes.

Eurostat says that men tend to shop online slightly more than women, with 61% of men and 59% of women shopping online.