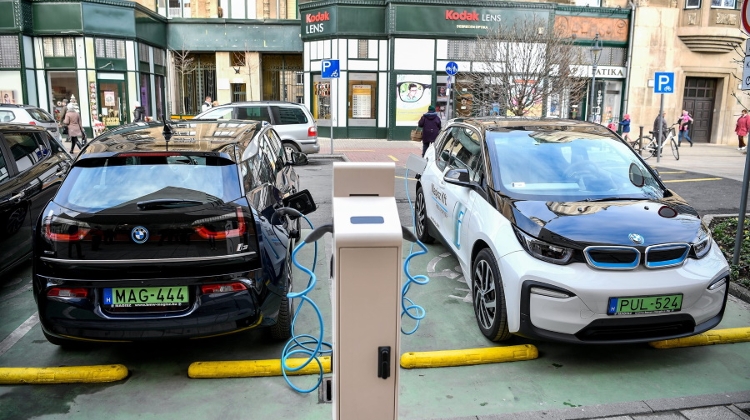 The government has increased its subsidy for purchases of new electric cars from Ft 1.5 million to Ft 2.5 million, and also introduced a decreasing scheme for subsidies for more expensive cars, Innovation and Technology Ministry state secretary Péter Kaderják announced on Wednesday.

He said the announcement is proof that the government has adopted a serious climate policy.

The maximum Ft 2.5 million subsidy is only valid for electric car purchases not exceeding Ft 11 million.

The subsidy for electric cars in the Ft 11-15 million price range is Ft 500,000, but there is no subsidy for vehicles costing Ft 15 million or more.

As a new element, taxi operators may obtain an even higher subsidy covering up to 55% of the cost of new electric vehicles priced at no more than Ft 15 million.

From now on, the government is also aiding the purchase of electric scooters for home delivery services. Only companies may apply for this subsidy.

The programme has a budget of Ft 5 billion and an additional Ft 2 billion for taxis.

The previous such programme, which was closed in February, contributed to the purchase of 1,050 electric cars.