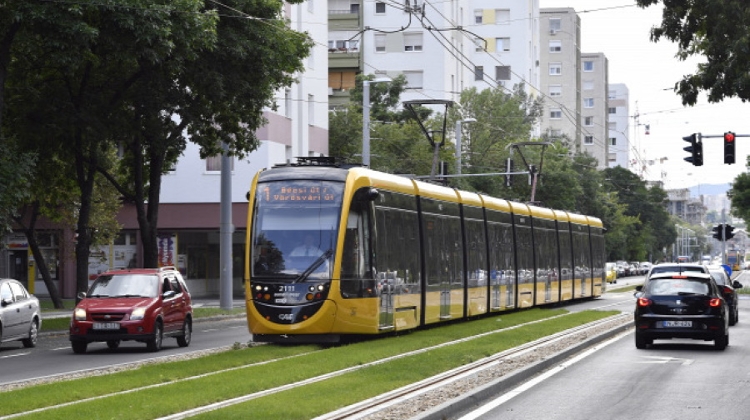 BKK plans to launch a new tram line in the autumn in connection with the closure of the middle section of metro line M3.

Transport experts agree that a fixed-track line to mitigate the crowdedness of replacement buses stuck in traffic is necessary to offer more option for those who previously used the middle section of metro line M3.

According to the information of Ittlakunk, the new service will run from Baross tér to the end of Haller utca using the rails of tram line 24, and from there to Jászai Mari tér on the tracks of tram line 2.

The new line will take passengers in two directions from Nagyvárad tér, where the new temporary terminus of the southern metro section will be, it is also important to have a direct line to Jászai Mari tér.

The advantage of the new line is that it does not burden the already crowded terminus at Közvágóhíd, as it avoids it. It is planned that there will be fewer cars on tram line 2 than at present, but the number of cars on line 24 will not change.

The new tram line will run about 5-6-8 minutes during the day, of course at dawn and late at night and during weekends, it will be less frequent. The new line will either be numbered 18 or 21.

In the latter case, the buses running to Normafa and Csillebérc would have to be numbered back to 90, because a number can only belong to one line.

The curved track connection between Soroksári út and Haller utca will continue to be useful even after the middle section of metro line M3 is completed. It allows a direct line from Pesterzsébet to Jászai Mari tér.

There is already a double-track connection at Haller tér towards the outer section of Mester utca, and the tram line on Mester Utca to Ferenc körút (boulevard) will continue to exist.