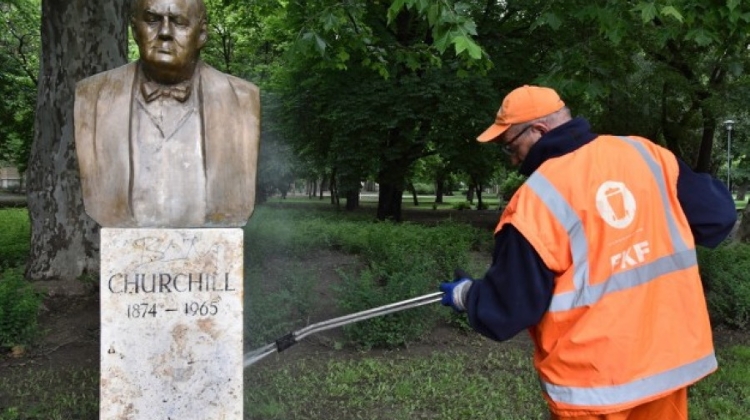 The bust of Winston Churchill in the Budapest City Park has been vandalised with anti-racist graffiti.

The words “Nazi” and “fascist” were spray-painted on the stone pedestal of the bronze bust, along with “BLM”, the acronym of the Black Lives Matter movement.

The act is presumably related to the global response to the death of George Floyd, a victim of police violence in Minneapolis in the US, Népszava observes. 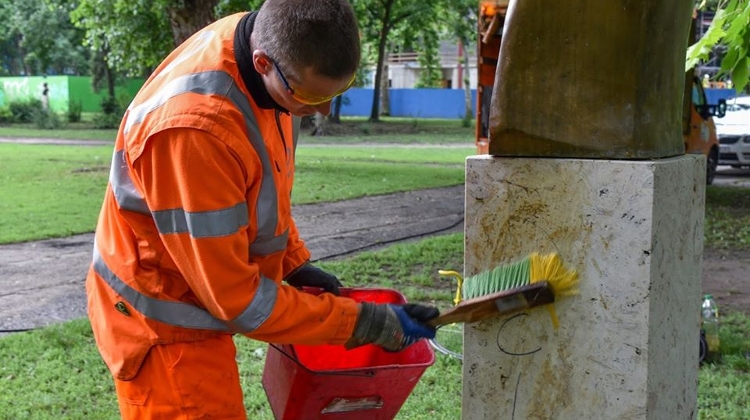 Activists of the Black Lives Matter movement and those who sympathize with their cause have been protesting by demolishing or vandalising public statues that are believed to symbolise oppression.

Protesters in London have damaged statues of Winston Churchill and Mahatma Gandhi because of their racist remarks, Népszava adds.

Many thanks to Mayor Gergely Karácsony and the Municipality of Budapest for cleaning and tidying up the Churchill statue commemorating the former British Prime Minister.

And thank you also to the volunteers from Hazafias Mémfront  who started the cleaning process.