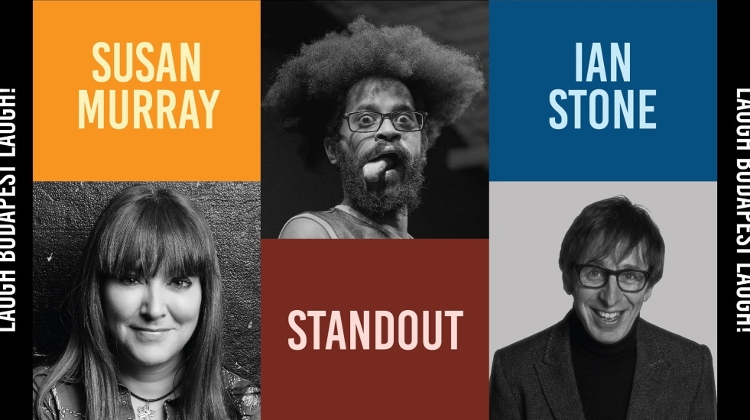 Susan Murray steps in for Dave Thompson and brings some of the best international comedy talent to The Studios.

It’s a rare honour to take over Dave’s comedy chair for the night but Susan Murray is up for the job. One of the top UK comedy hosts Susan builds quick and quirky connections between herself, the audience and 21st Century life.

Budapest-based StandOut claims to be the world's best vertically challenged stand-up comedian. He has performed his stand-up comedy routine for comedy clubs across Europe, organizations such as General Electric & UNHCR as well as Sziget Festival.

He is also a professional dishwasher who knows the ins and outs of many immigration offices. 25 years and thousands of dishes washed later he still struggles to prove that he is normal. His hobbies are collecting tissue boxes and watching traffic lights.

Ranked amongst the top ten stand-ups in Britain by The Independent, Ian Stone is one of the most talented topical acts and comperes in the country. Edgy and provocative, with an easy-going manner and self-depreciating style, Ian is at great ease bantering with an audience.

He's a member of the Comedy Store's critically acclaimed 'Cutting Edge' team and also received a nomination in 2012 for the BEST SHOW at the Leicester Comedy Festival Awards.

He has performed all over the world including Comedy Festivals in Australia, New Zealand, Hong Kong, South Africa, Holland, France, Ireland and Germany and was the first British stand-up to perform in Moscow.