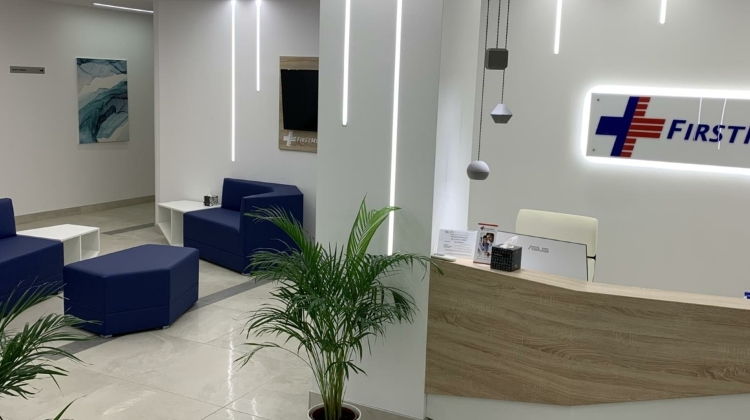 For a few years I had a reason to imprudently avoid my age-related need for a colonoscopy - I didn’t know where to get it arranged comfortably in Hungary. That's changed I’m glad to say, thanks to FirstMed I got it sorted painlessly at their new facility.

Medical professionals recommend that anyone around the age of 50, or earlier for those with a family history of colon cancer, be screened for colorectal cancer via a colonoscopy.

My excuse for avoiding this procedure was of course lame from a medical point of view, Hungary has a National Health Service after all. Yet we’re all emotional creatures as well as rational thinkers, and I just didn’t fancy having such an intimate procedure handled in what I’d seen for myself are run down state facilities.

Also, it seems to be an accepted fact that men don’t look after their health as well as women do – something connected with men being thought of as the tougher sex apparently. That’s no excuse when a doctor tells someone it’s in their best interest to do something, you’d think, but it’s up to a patient to act on advice, or not, and like me many people find excuses to dodge a colonoscopy.

The fact was I felt scared. Very scared to be honest. Afraid of the procedure itself, and of what might come to light - it was natural to feel anxiety, even more so because of my family’s unfortunate history with cancer.

There is nothing to fear but fear itself, I kept telling myself, yet year by year I procrastinated, until I spoke recently with Dennis A. Diokno, CEO & Founding Partner, FirstMed. 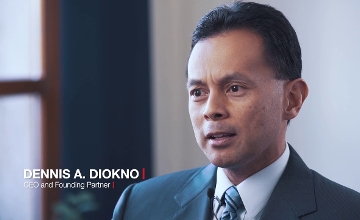 Over the last 20 years Dennis has earned great respect in Budapest as a businessman, philanthropist, and specifically as a leader in the field of private medical services in Hungary - see video below.

He was born in the U.S. to a very medically oriented family, his father a prominent physician, his mother a former nurse, and sisters working in the pharmaceutical industry. So whilst I accept he isn’t a doctor I thoroughly trust him regarding health matters.

We were chatting about Coronavirus, international aspects of his medical business, and then we got onto the topic of his new Endoscopy Center at FirstMed Budapest - where he has implemented Covid-19 safety protocols, as he has done at the main clinic.

Since we’ve been friends for around 20 years, he shared a personal story about his cousin who sadly passed away from an issue which could have been identified and potentially handled via a colonoscopy.

Given that fact, and because a colonoscopy was again recommended following my annual physical, we agreed that in exchange for marketing communications on XpatLoop I could and should undergo the procedure at FirstMed.

With that disclosure clearly made, it’s worth noting that this sponsored content obviously doesn’t aim to persuade anyone to visit the Endoscopy Center at FirstMed if they don’t need to.

This article aims to reach out to those who may need an endoscopic exam but may not feel like having one - as not too many people do as it happens.

In my case, Dennis had removed my long-held excuse about where to go for trustworthy private colonoscopy in Budapest, he then perceptively averted my anxieties in a practical way by basically saying: If something needs fixing, the sooner the better.

Soon after our conversation FirstMed offered four appointment options, with a choice of male or female doctor rolled-in, which was also appreciated as in my case I preferred to be examined there by a woman.

Good to know is that they have time slots on Saturday mornings, ideal for my partner and I, and probably for many others too, since you need to have someone there to take you home after the procedure which is carried out under general anaesthetic.

It is possible to have the procedures without anaesthetic, however for most people it is recommended for a variety of reasons including that such a check-up can also include extra elements like polyp removal.

The value of screening for colorectal cancer is that if there is a pre-cancerous lesion – a polyp – it can be identified and removed, as opposed to other cancers where screening simply looks for early-stage development.

Thus, colonoscopy is the single best screening procedure for colorectal cancer, as polyps can be identified and completely removed.

Via a colonoscopy, a doctor can identify several diseases of the colon like ulcers, tumors, inflammation, diverticulum, and other abnormalities, based on complaints such as stool disorder, abdominal pain, bleeding.

If necessary, the doctor can perform histological sampling of the area considered abnormal or conduct certain therapeutic measures (sometimes as a substitute for surgery) with devices introduced through the working canal of the colonoscope - such as suppression of bleeding, foreign body removal, polyp removal.

It was recommended I also have a gastroscopic examination at the same time, to look for any diseases of the esophagus, stomach, and duodenum. This was performed before the colonoscopy by the same team, and throughout both procedures all my vital signs were precisely monitored using a variety of instruments.

Such precautions detected a somewhat rare hypoxic attack in my case, which the FirstMed team could then deal with accordingly, and so such expert monitoring and experience proved invaluable.

At the time of writing the biopsy results should arrive any day, what was immediately apparent is that a large yet benign polyp is present and so the colonoscopy was essential. There is now enough time to arrange for the polyp removal during a future operation in hospital, the doctor reported comfortingly.

Happy with the overall outcome I immediately called Dennis to tell him the news,  given how he’d helped in such a friendly way to convince me to finally have a procedure I’d feared so much.

True to FirstMed values which include kindness, consistency and empathy, he was again supportive and encouraging, which was much appreciated especially since I was still recovering from the sedative.

I can look back and say there was actually nothing to be afraid of regarding such procedures, well at least at FirstMed - which were handled perfectly professionally, caringly and painlessly.

For additional reassurance, here's the opinion of a leading figure in the expat community: 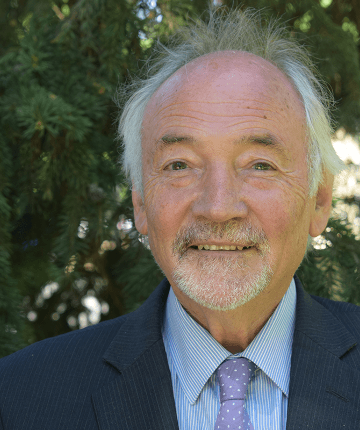 “I hope that my experience of having two colonoscopy investigations, both of which were arranged by FirstMed, will go some way to reassuring anyone who is facing such an operation.

Until my colonoscopy, my last visit for any medical experience was when I had my tonsils removed, which was many more years ago than I care to remember, so it was with considerable trepidation that I had my first colonoscopy just over two years ago.

In the event my fears were groundless. I was given an anaesthetic injection, this put me completely to sleep. Consequently, I felt absolutely nothing during the entire course of the investigation as I was unconscious throughout the entire procedure.

When I woke up it was all over. I felt no pain at all, even after the anaesthetic had totally worn off. One hour later my wife was driving me home and it was as if the whole procedure had not taken place at all - I had absolutely no discomfort whatsoever.

Later I had a second colonoscopy, and my experience was exactly the same as the first time. A totally professional approach, and once again no pain and no side- or after- effects whatsoever.

The whole process, from beginning to end, was carried out in a totally caring manner by every member of staff involved, from the receptionist to the doctor himself. Therefore I can recommend FirstMed on a firm basis of multiple positive experiences.”

You can read more general feedback about FirstMed in the form of short Google reviews by clicking here.

So in summary, for anyone in need of gastroscopy and colonoscopy procedures, FirstMed now gives patients the opportunity for such on-site preventative care at Hungary’s leading private medical clinic.

In their new facility, FirstMed doctors can diagnose and treat diseases of the entire digestive system. E.g. they can investigate unexplained upper and lower abdominal pain, diagnose issues of drug-resistant heartburn, and help with problems of diarrhea, enema, and indigestion. 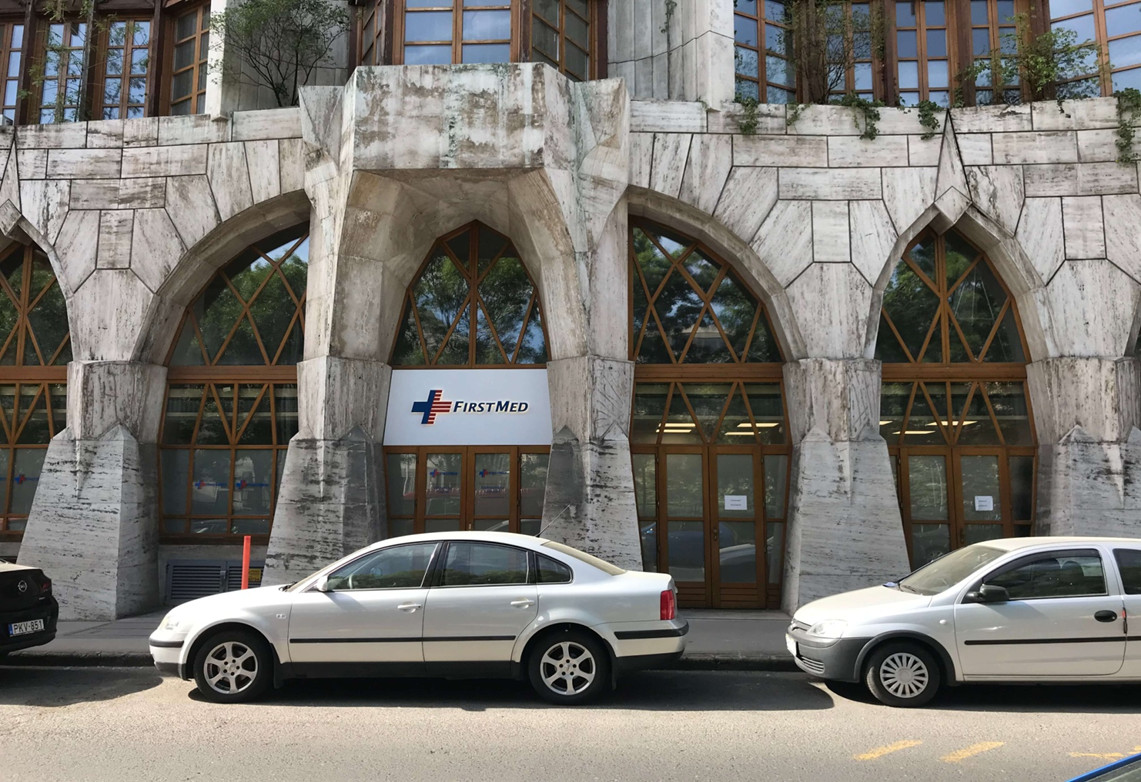 Their experienced experts and specialised nurses ensure a safe and comfortable experience, and after the painless procedure you can recover there, then return home on the same day.

To conclude, it’s really worth keeping in mind that if you catch a health issue early, treatment could be far less time consuming, less intense, less costly, and it could save your life.

For more info about the full range of services offered at the new center just follow this link or speak with a FirstMed doctor.