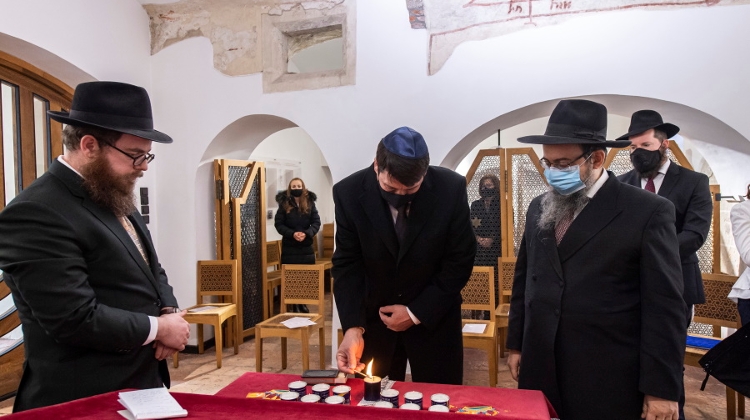 Prime Minister Viktor Orbán addressed a letter to Ronald S. Lauder, President of the World Jewish Congress, in tribute to his work preserving the memory of Holocaust victims.

Orbán assured Lauder that “Hungary has drawn the appropriate lessons from the dark chapter of Hungarian history that took away so many of our compatriots from the Jewish community and deprived the survivors of their loved ones.”

The prime minister noted that his government maintained a policy of zero tolerance against anti-Semitism.

He also offered Lauder and the Jewish World Congress his full cooperation “in the spirit of common values”. “With head bowed to the victims, I wish you much strength and good health in your work for the world’s Jewish community,” the letter concluded.

Marking the remembrance day, President János Áder (pictured on top) lit candles in the synagogue in Buda Castle. Slomó Köves, the leader of the Unified Hungarian Jewish Congregation (EMIH), said at the event that the goal of “remembering dark times is … to find hope and strength”.

Köves cited the courage of heroes like Rabbi Meizles, the chief rabbi of Vac, northern Hungary, who continued to support and help young people even in the Auschwitz concentration camp.

“If there is a reason to remember the darkness of the holocaust after all these years, it is surely to glean from it the small lights that would give us hope in the darkness,” Köves said.