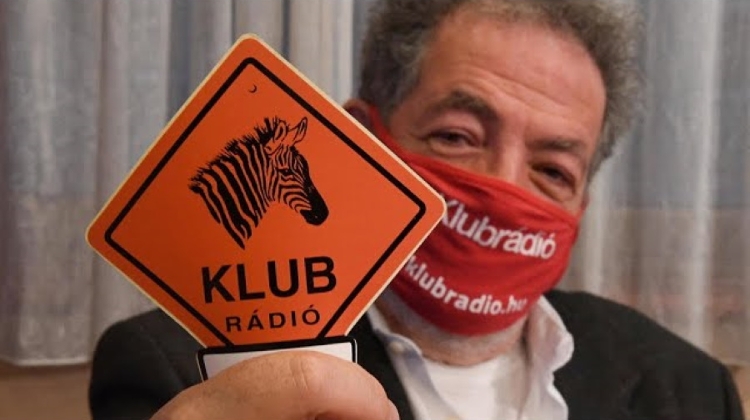 The European Commission has expressed concern over the case of Hungary’s Klubrádió, a private broadcaster popular with opposition listeners that will go off the air at the end of the week after losing an appeal to extend its licence.

“The case of Klubrádió only aggravates our concerns” over media pluralism in Hungary, European Commission spokesman Christian Wigand told a press conference on Wednesday.

Wigand said the EC had expressed its concerns over the state of Hungary’s media landscape in its rule-of-law report issued last year.

The commission has reached out to the relevant Hungarian authorities over the issue “to ensure that Klubrádió can continue to operate legally”, he said.

Wigand added that the EC would assess the compatibility of the court decision to reject Klubradio’s appeal with EU law and whether the relevant EU rules had been respected during the legal procedure.

Media freedom and pluralism are part of the foundations of European democracy, Wigand said, adding that the commission would take action over the issue if necessary.

The Budapest Municipal Court on Tuesday rejected a legal challenge by Klubrádió against a decision by Hungary’s media authority not to renew its licence.

The court said that under the relevant law, the Media Council of the National Media and Communications Authority (NMHH) had no room to consider Klubrádió’s appeal due to “repeated offences” committed by the broadcaster.

Last September, the NMHH announced that it would call another tender for the 92.9 MHz frequency in Budapest, as it was not renewing Klubrádió’s licence due to its violations of Hungary’s media law. The licence will expire on Feb. 14.

The court noted that the Media Council’s decision not to extend the licence had been based on its findings of the broadcaster’s offences which Klubrádió had not challenged, which meant its appeal could not be deliberated.

Dunja Mijatović, the Council of Europe’s commissioner for human rights, has also expressed concern over the court ruling. “Another silenced voice in Hungary. Another sad day for media freedom,” Mijatović said on Twitter.