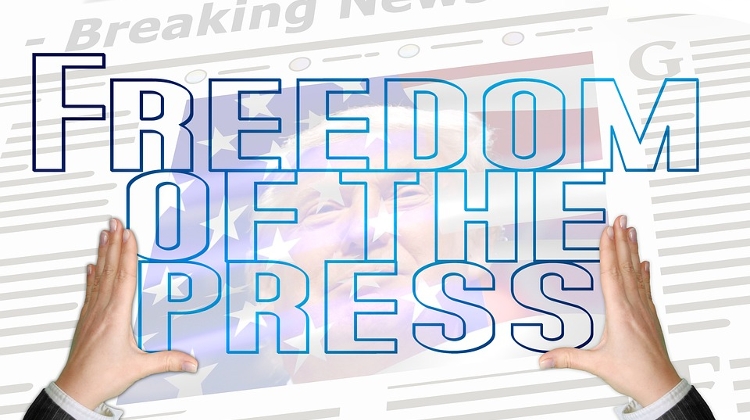 Dunja Mijatović, human rights commissioner of the Council of Europe, said in a memorandum that it was “high time for Hungary to restore journalistic and media freedoms”.

“The combined effects of a politically controlled media regulatory authority and distortionary state intervention in the media market have eroded media pluralism and freedom of expression,” according to the memorandum.

The Hungarian government, it added, had systematically hindered independent journalism “and the expression of different ideas”, especially in the provinces, and waged campaigns “designed to stifle civil society” against civil rights groups and investigative journalism.

Those campaigns “send a clear and chilling message that there will be prompt retaliation against any form of criticism against the government”, the memorandum said.

The Hungarian government “fails to recognise the importance of the role of independent institutions”, including regulatory bodies and the judiciary, the document said. “By repeatedly disregarding the judgments of national and international courts, the government has demonstrated that it has no intention of adhering to the rule of law, which is crucial for … the unencumbered exercise of freedom of expression.”

“The biased distribution of state advertising revenues has eroded the level playing field for the media” and curbed the freedom of expression in Hungary, it added.

Mijatović called for the situation to be reversed through an amendment to Hungarian media legislation so that the powers of the president of the media authority and the head of the Media Council are “divided between several autonomous bodies”. Hungary’s legal practice, she added, should observe the CoE’s directions for media pluralism and ensure the independence of all public and private media.

Mijatović also called on the Hungarian authorities to “condemn all incidents of hate speech and verbal attacks against journalists” and put an end to the spread of smear campaigns and misinformation about civil society organisations” and human rights groups.

The commissioner stressed that free political dialogue was needed before next year’s parliamentary elections, and she called on the authorities to ensure equal opportunities for all candidates, also with regard to their media coverage.

Representatives of the Hungarian Prime Minister’s Office, the justice ministry, and media authority NMHH said in reaction to the memorandum that the document was “biased” and “based on assumption rather than facts” and that it “reopens issues settled years ago”.

The document is mostly based on the opinion of “a handful but well-known civil groups critical of the government” and articles by internet portals, which “raises doubts about the objectivity of the memorandum”, they said.

They insisted that Hungary’s media law ensured that the Media Council’s members are not associated with political parties and that the body’s operations are independent of any attempts of political influencing.

They also added that any decision by the Council was appealable at courts. Hungary’s media legislation is fully in line with the rule of law principles outlined by the European Union and guaranteed by Hungary’s laws, they said.

The representatives voiced the Hungarian government’s “disappointment” that the memorandum was based on “assumption rather than facts” despite the fact that “a number of government agencies had shared their views and background information with its author”.

They said “at a time of uncertainty and a feeling of threat caused by the pandemic it is even more important how such institutions as the Council of Europe give their opinion on a country’s media conditions and rules”.

“An objective position and evaluation of member states is more important than ever,” they said.