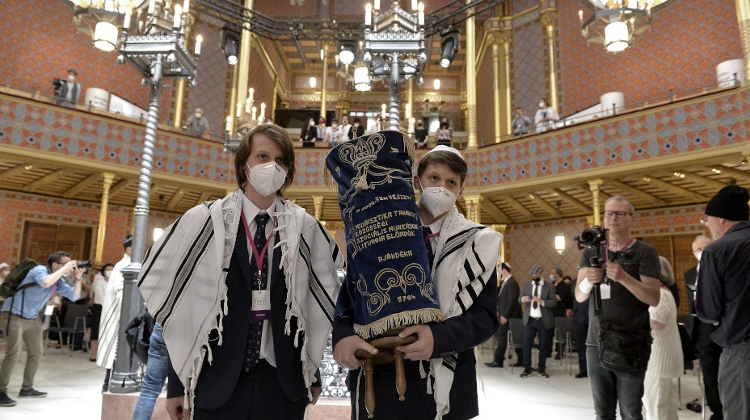 The synagogue in central Budapest’s Rumbach Sebestyén Street was opened after a major revamp on Thursday.

The synagogue designed by Viennese architect Otto Wagner and built in 1872 had been in a run-down state for many decades after the second world war.

The government contributed 3.2 billion forints (EUR 9.14m) towards the renovation which took place over the past four years.

Minister for families Katalin Novák told the opening event that it was a noble task to rescue a building from ruin, but the government had supported the project primarily because it was hoped that life would return between its walls.

András Heisler, president of the Federation of Hungarian Jewish Communities (Mazsihisz), thanked the builders for their work and the government for its support.

He said it was after 70 years of neglect that “a new multifunctional space has been built where prayers will be heard, the Jewish community can develop; and it will also house fantastic cultural, public-education and tourism events.”

President of the World Jewish Congress Ronald S Lauder praised Hungary for being among the few countries that “dared to express its support” for the Jewish people during the recent Israel-Palestine conflict.