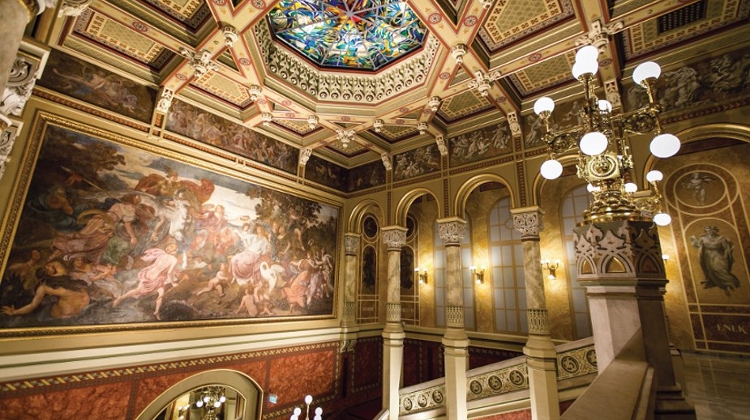 Hungary's ministry of human resources is organising concerts, exhibitions and conferences to mark the country's rotating presidency of the Council of Europe, the minister said.

Miklós Kásler noted that Hungary had taken over the CoE’s rotating presidency on May 21.

Its key priorities are promoting the protection of democratic institutions and international cooperation in politics, law, social issues and culture, as well as the fight against religious intolerance and discrimination against minorities, he said.

Pianist Tamás Vásáry said the Kodály Youth World Orchestra will perform in Debrecen, in eastern Hungary, and in Budapest, as well as hold a charity gala for children orphaned due to Covid in the Budapest Vigadó - pictured above.

The town of Szentendre near Budapest will host a photo exhibition called Exploring our cultural heritage.

Two conferences will also be held in Budapest, one on foster parenting and another on eco-friendly cultural tourism, in the autumn, he said.

The 122 million forint (EUR 343,000) programme will also include exhibitions in Strasbourg on cultural trails in Hungary and innovation during the pandemic, Vásáry said.

The Little Virtuosos orchestra will perform in Strasbourg on September 29.