Restrictions Waived for ‘Best Ever’ August 20th Celebrations in Budapest 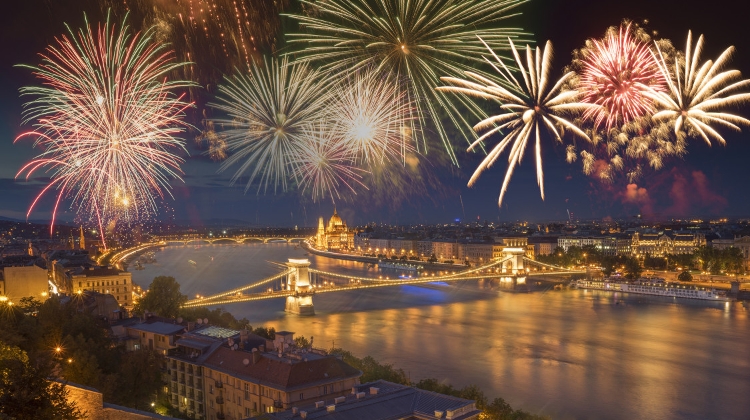 All social restrictions will be lifted for the August 20 celebrations, government spokesman Zoltán Kovács announced, saying that hundreds of programs will be held over three and a half days at 17 different locations around the capital.

Kovács, head of the Task Force responsible for the safety of the August 20 festivities, said the events were planned 'with no restrictions in mind'.

Based on the current situation, this is possible he said, and there will be a government decree to this effect, which will lift the restrictions for the August 20 events.

The decree will also waive restrictions for the international four-in-hand horse-driving championships and the International Eucharistic Congress, both to take place in Budapest in September.

Kovács emphasised that the National Meteorological Service will send daily and then even more frequent reports to the Task Force near and during the August 20 events.

The fireworks technology has been designed so that the fireworks can be stopped immediately, if necessary, he added.

He stressed that this years’ August 20 celebrations will be the biggest yet.

CEO of Hungarian Tourism Agency, Zoltán Guller, said a “gigantic fireworks show” will be held in Budapest on Friday 20 August - in the evening between the Margit and Petőfi bridges - over 40 thousand fireworks will light up the sky during a 34-minute show.

In the morning, following a traditional inauguration ceremony of new officers, the president will hold a speech, which will then be followed by a 45-minute airshow at 9 o’clock above the Danube, Guller added.

Then a parade celebrating the emblematic figures of Hungarian history will start at Heroes’ Square and will make its way down  Budapest's lovely Andrássy Avenue.

Also, there will be 'youth events' all day, as well as performances by local musicians.

The Buda Castle's 'Garden Bazaar' will turn into the 'Street of Hungarian Tastes' to please foodies, and a retro party will be held in the Tabán area of the capital.

Plus, the 'Festival of Folk Arts' will take place again this year, from August 20 -  22, which aims to turn the Buda Castle 'into a time machine of Hungarian heritage'.