Hungary Extends 'State of Crisis' Due to Mass Migration 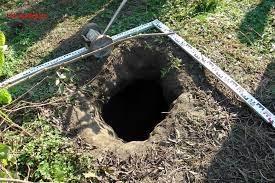 The government has decided to extend by six months the “state of crisis” in connection with mass migration due to the growing migration pressure on the Hungarian border and an anticipated new wave of migrants triggered by the developments in Afghanistan, the Government Information Centre (KTK) said on Friday.

The KTK said that migration in the direction of Europe was picking up both on land and sea, with the number of illegal border crossing attempts increasing on the Hungarian border as well.

The Hungarian authorities have apprehended more than 60,000 illegal migrants at the border so far this year, more than triple the number caught in the first eight months of 2020.

Police have been apprehending 300 migrants a day on average in the recent period, the KTK said, adding that migrants stranded on the Balkan migration route were making more and more attempts to enter the country forcefully and “regularly attack the police officers protecting the border”.

More than a dozen tunnels have been discovered on the southern border this year alone, they said, adding that the number of people smugglers caught by the authorities had also tripled compared with last year.

The KTK said that “economic problems caused by the coronavirus pandemic and the developments in Afghanistan would trigger a new migration wave, giving an opportunity for Islamic extremists to make their way into the heart of Europe”.

The Hungarian government, it added, was sticking to its “open and unambiguous” migration policy. Hungary will maintain its fence along its southern border and continue to provide border protection, the statement said.

Also, the government will stand firm in its opposition to the resettlement of migrants and will continue to represent the position that Europe and Hungary must be protected against mass migration, it added.

The government decree on the extended state of crisis will soon be published in the official gazette Magyar Közlöny.

The state of crisis was first introduced in March 2016 and has been extended several times.