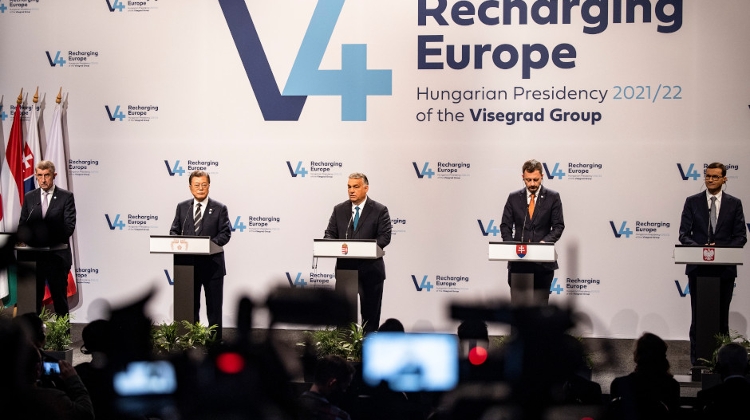 Hungary and the Republic of Korea have signed agreements on expanding the number of direct flights between their capitals, Hungarian food exports and Korean language teaching in Hungary, Péter Szijjártó, the foreign affairs and trade minister, said after a Visegrad Group-South Korea summit in Budapest on Thursday.

Under the new agreements, the single weekly flight between Budapest and Seoul will be increased to two flights per week from the beginning of next year, Szijjártó told reporters.

The minister also underlined the importance of Hungarian food exports to the two countries’ economic ties, noting that Hungarian exports had recently been affected by the bird flu and African swine fever (ASF).

But South Korea is again allowing imports of poultry produce from Hungary thanks to the eradication of bird flu, Szijjártó said.

Also, Hungary is one of four European countries in talks on regionalisation with South Korea, under which exports of animals would only be banned from regions in which they are affected by outbreaks, rather than from whole countries, he said.

Hungary has asked its Korean partners to conclude these talks as quickly as possible, he added.
An agreement has also been signed on the expansion of Korean language teaching in Hungary.

Korean is currently taught at three secondary schools and two universities, but the two countries have agreed that South Korea will send more language teachers to Hungary so that more schools and universities can add Korean language and Korean studies to their curriculums, Szijjártó said.

The eight agreements signed between the two countries on Wednesday will boost bilateral economic cooperation in the areas of the digital economy and the pharmaceutical industry, Szijjártó said.

An agreement was also signed between Hungary and South Korea’s investment promotion agencies and export finance banks on cooperation in trade and investment, he added.