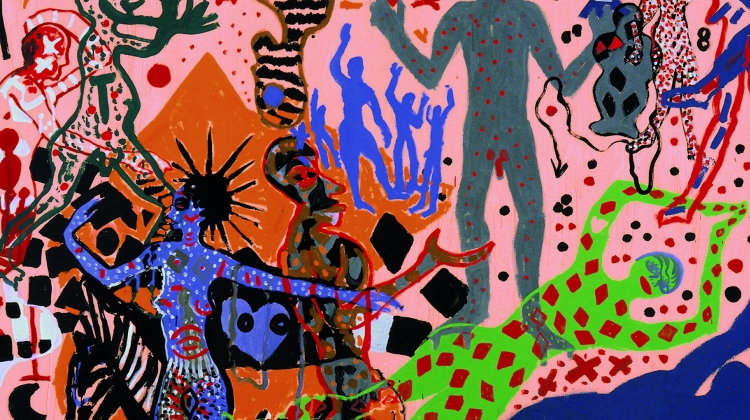 Now on Until 21 November. On the occasion of the World of Hunting and Nature Exhibition, the Ludwig Museum has organized an exhibition on the topic of hunting and nature, presenting pieces from its own collection and works by contemporary artists.

The theme of hunting has played a significant role in art history for centuries, either in mythological or genre painting, in realistic or idealized forms.

From allegorical pieces to genre paintings, from apotheoses to still lifes that remind us of passing, the meaning of hunting has always transcended the eternal ancient act necessary to sustain life, the killing of the beast.

The hunted game or the impersonated and unknown half-animal, half-human beings that were sought to be conquered have represented hunting as an eternal struggle of man and animal, man and nature.

The noblest beast, the deer, is a creature endowed with supernatural power in the legends of almost all peoples, a metaphor for the belief in the eternity of nature. Hunting still plays the same role from sustaining life to aristocratic pastimes.

Our exhibition would like to show a cross-section of how artists think about the relationship of nature and hunting today.

The works of about 30 artists on display present a variety of approaches to the subject, from quasi-representation to critical position. They raise questions or formulate ideas in the form of metaphors about the relationship of man and nature.

So when the order is upset as a result of human intervention, both questions and statements are to save humanity and nature. The title of the exhibition is borrowed from A. R. Penck’s 1975 work.

The complex title links two spiritual levels: the reality beyond the senses, that is, inexperienced reality, and the absurd presence of the zebra in ordinary community. The scene formulated in archaic pictorial language depicts a vortex in spiritual and moral chaos, where unstructured absurdity becomes a depiction of reality.

The exhibition builds a bridge between contemporary art and the artistic tools of 30,000 years. Through a selection from the archeological finds of the Carpathian Basin and from the cultural and historical artefacts representing the rise of citizenship, the show will present the evolution of the role of hunting.