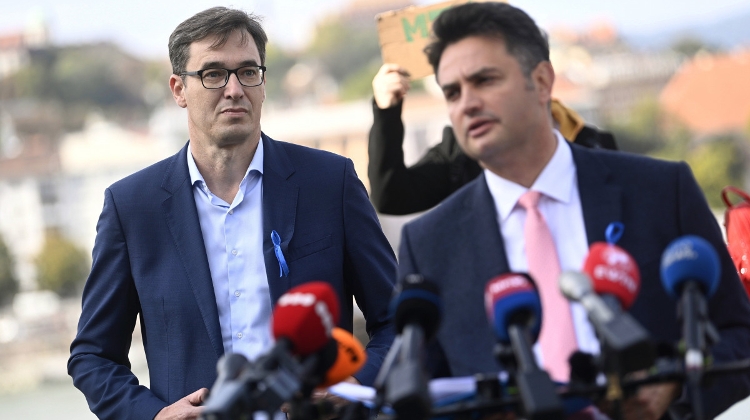 The referendum drive of the united opposition aimed at preventing a campus of Fudan University being built in Budapest and calling for an extended period of jobseekers’ allowance has garnered 170,000 signatures, the opposition parties said at a joint press conference on Friday.

Commenting on trade and economic policy, Márki-Zay said the opposition was working towards “Hungary looking westwards rather than to the East, a country where competent economic policymaking keeps inflation in check rather than the government capping prices.”

“The true referendum”, he added, would be the general election on April 3, when Hungarians will vote “for or against Fidesz”.

Anna Orosz, a board member of the Momentum Movement, said: “Prime Minister Viktor Orbán is only interested in retaining power, not in people’s everyday problems.” S

he referred to the current weak level of the forint and wages which she said were worth less than in any other Visegrad Group country. Pensions, she added, had not grown since 2008. Meanwhile, the government was taking out “hundreds of billions in loans to build the Chinese Fudan University, exposing Hungarians to the despotic Chinese state,” she said.

Budapest Mayor Gergely Karácsony said the referendum drive aimed to shape a country where “decisions would be made based on whether they served the interests of the Hungarian people.”

The Fudan University campus, he said, would “ruin a project that enjoyed bipartisan support”, namely housing for Hungarian students who are not residents of Budapest. The Student City would “lift the city and rural areas alike”, he said.

Extending the jobseekers’ allowance to 270 days from 90 days would show solidarity with people who found themselves in trouble, he said.