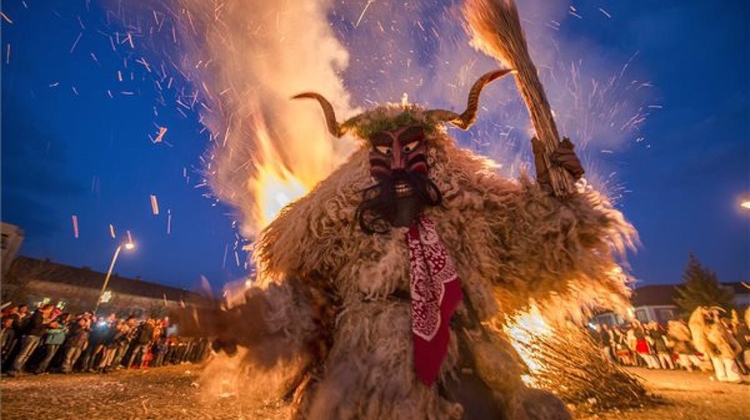 According to local legend, 'devils' still come on boats from the Island of Mohács. After arriving they proceed to Kóló Square , and then all parade through the streets, mixing with the audience along the way.

According the legend the native Croatians, who escaped to the moorland of the Mohács island, grew tired of the Turkish dominations; so they dressed in frightening masks and armed with self-made rattles and noisy instrument they crossed the Danube in boats under the cover of the night to drive the Turks away from Mohács.

The wooly cloaks are fastened up by belts or tethers and a cattlebell is hung on it. In their hands they held the essential rattle or wooden maces with many spikes.

The women, whose fasec are covered with veils, the men dressed in wedding clothes and the people dressed in costumes are also part of the masqueraders in Mohács.

Busó parade starts at the Kóló Square, the centre of the old folk custom.

The carnival is celebrated with enormous noise on the bank of the river Danube and in the surroundig streets. At nightfall the masked crowd returns to the main square to dance around the giant bonfire and fool about with people.