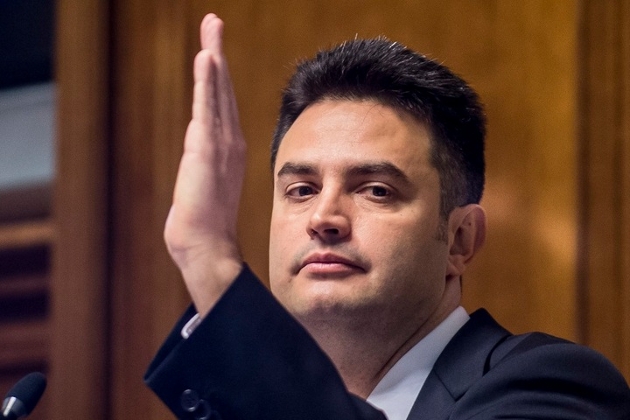 In an interview on news channel M1, Márki-Zay said “warmongers” had accused the opposition of wanting to send weapons and soldiers to Ukraine. Meanwhile, “it is Viktor Orbán sending weapons to Ukraine … he has also promised British Prime Minister Boris Johnson to provide military aid to Ukraine”.

Orbán, “who has been talking about war for 12 years,” cannot be trusted with peace, he said.

Hungary’s military as well as economic protection can come only from the EU and NATO, Márki-Zay told public broadcaster Kossuth Rádió, adding “that is why we have to be loyal members”.

Hungary needs a “regime change” on April 3, “we need honest people, accountability and we need to join the European Public Prosecutor’s Office” so that Hungary can receive the EU funds “currently withheld from us”, the candidate of the united Democratic Coalition, Jobbik, Momentum, Socialist, LMP and Párbeszéd parties said.

Over the next three weeks, news channel M1 is broadcasting 5-minute live interviews with the leaders of national parties and party alliances running in the election on April 3.