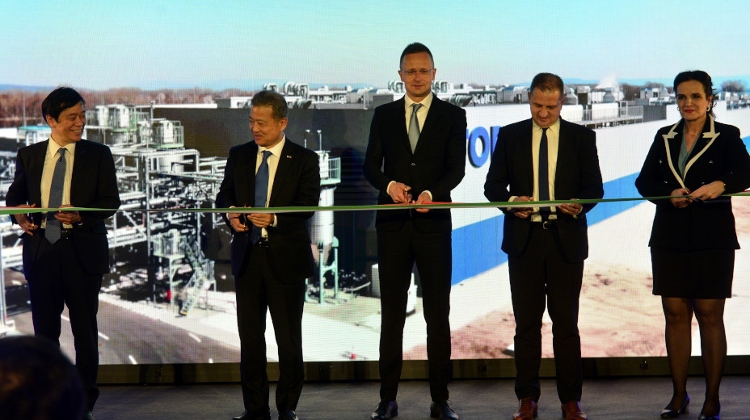 The investment creating 188 jobs was supported by a 4.7 billion forint government grant, Péter Szijjártó, the minister of foreign affairs and trade said, welcoming the project as “the largest investment in the country so far this year”.

The new plant will contribute to efforts aimed at establishing Hungary as “the flagship of European electric car-making”. Hungary is currently the sixth largest lithium battery exporter globally, and the eleventh largest producer of battery parts, he noted.

The plant will produce battery separator film for lithium batteries in electric vehicles. Toray is present in 29 countries around the world, and this investment is boosting its global production capacity for separator films by 20%, the minister said.

Hungarian-Japanese cooperation was continuously improving, he said, noting that Hungarian exports in the bilateral relationship hit a new record at 830 million dollars in 2021, following 18% annual growth.