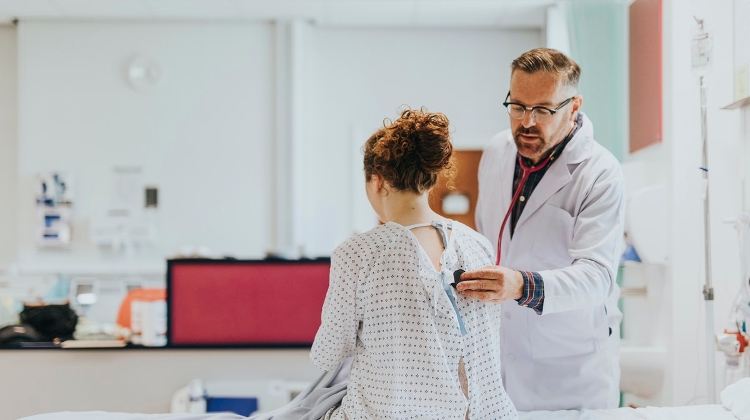 Nearly two-thirds of Hungarians use some form of private healthcare services, according to a representative survey of 1,000 people by EY.

In the last two years, the proportion of Hungarians who also use private health care has increased from 44% to 63%.

According to EY's research, half of all active workers opted for this type of service last year.

Respondents turn to the private sector mainly because they identify it with speed, a doctor-patient relationship based on mutual trust and a quality environment.

"More and more people are turning to private healthcare services, which is bringing with it the emergence of new players and increased competition among providers. According to our research, people are mainly looking for quick and easy contact and almost immediate availability of test results in return for their money. Therefore, it will be critical for providers to properly structure the digital patient journey to attract new customers," said Roland László, head of business consulting at EY.

Despite the growing demand, only a fraction of Hungarians (12%) has private health insurance.

The most typical way for people to access it is still through employer-based contracts (50%).

The survey shows that despite the fact that home insurance (60%) is the most widespread in Hungary, respondents are much less worried about damage to their home (30%) than about illness.

Accordingly, the gap between Hungarians' fears and their level of insurance coverage is highest for health (-49%), followed by unemployment (-25%) and pension insurance (-20%).

"Besides those with higher incomes and education and those living in big cities, the younger age group in particular is open to private health services. This generation typically does not take out any other type of personal insurance, so a well-designed product can help insurers reach a new target group," added László.