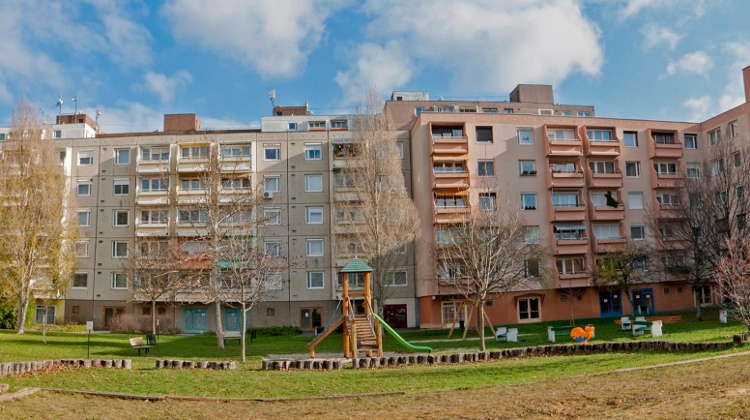 According to big real estate firm Duna House's first quarter transaction data, the average price per square meter of apartments in panel buildings in the capital has risen by HUF 100,000 compared to sales data from a year ago.

In Budapest, the average price of a panel apartment (a type of building built of pre-fabricated concrete blocks during the communist era in Hungary) is HUF 35.5 million, with a price per square meter of HUF 666,000.

The top seller in Q1 2022 was a 36 sqm apartment in District XIII, which was bought for HUF 39 mln, which means that the price per square meter was above HUF 1 mln, Duna House says.

Duna House says that the popularity of panel apartments has been unbroken for a long time.

First-time buyers are mainly looking for a good location, variable size, and still the most affordable property type as a starter home, which can be renovated relatively quickly and easily if necessary.

The highest number of panel apartments was sold in districts XI, XIII, XIV, and III in the first quarter, with Angyalföld being the most expensive district. The average price in district XIII was HUF 43 mln compared to the cheapest District XVIII, where prices stood around HUF 30 mln.

"Demand for panel apartments remains strong, as evidenced by the ever-tightening bargaining power of buyers. Of the final advertised price, buyers were only able to bargain for an average of 3% on the Buda side and 2% on the Pest side.

In 10% of transactions, buyers were bidding for the apartment, thus pushing the final price up slightly.

The price of HUF 1 million per square meter is of course still a curiosity, but it shows the appreciation potential. We are seeing more and more transactions with a price per square meter of HUF 800,000-900,000, which used to be typical for brick apartments in the city center."

In the first quarter, the most expensive panel apartment flat sold was an 80 sqm one, bought by its new owner for HUF 61 mln.