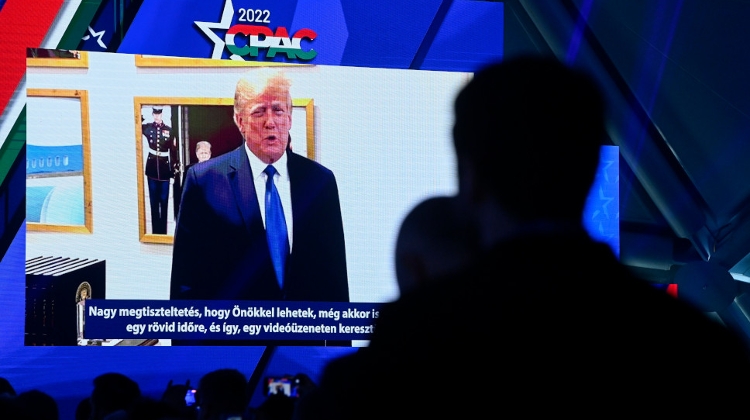 Conservatives are “looking to stop a lot of the problems that are going on in the world, including in the United States,” former US President Donald Trump said in a video message to the Conservative Political Action Conference (CPAC) in Budapest on Friday, citing “socialism and even communism” as examples.

Trump thanked Hungary’s Centre for Fundamental Rights, the American Conservative Union and CPAC for the opportunity to address the event.

“Also, CPAC Hungary, we are very close, as you know, all of us, to Viktor Orbán. He’s a great leader, a great gentleman, and he just had a very big election result. I was very honoured to have endorsed him”. “A little unusual endorsement,” Trump said.

“Usually I’m looking at the fifty states, but here we went a little bit astray. And I did that only because he really is a good man and he’s done a fantastic job for his country,” he said of Orbán.

“But it’s just an honour to be with you, even if it’s only briefly, even if it’s just doing it the way we’re doing it right now, and one of these days soon we’ll all be together,” Trump said.