'It's Good To Be Hungarian', Says Orbán 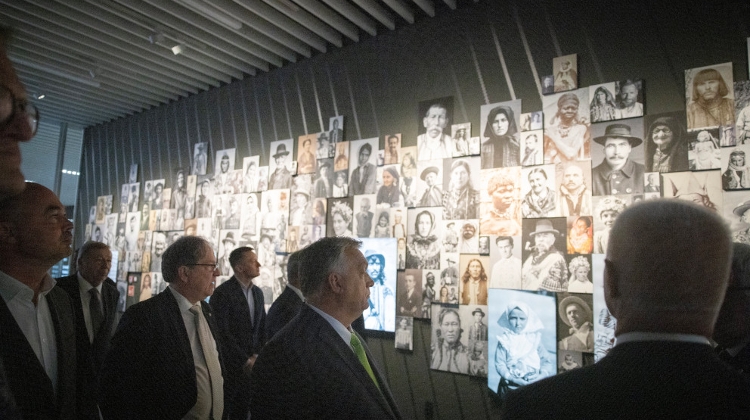 “It’s good to be Hungarian,” Prime Minister Viktor Orbán said at the inauguration of the new Museum of Ethnography building in Budapest’s City Park on Sunday.

Orbán noted that the government had decided, “in the midst of an uncertain and changing world”, to plough resources into culture, cultural spaces, museums and concert halls, the built environment and “tidying up Budapest’s most beautiful park.

While everybody said it couldn’t be done, we have advanced, step by step, building by building, and on April 3, the Hungarian people confirmed that we did well…and think Europe’s biggest cultural investment should be brought to fruition. I believe we’ve been given a mandate to implement the full programme,” he said.

The new building, Orbán said, aims to give the natural beauty of Hungarian folk culture a place to be revealed to its full extent. “Our treasures have found a place that suits them,” he added.

He urged people to “find joy every day in being Hungarian” and said the new Museum of Ethnography building, “an outstanding example of Hungarian ingenuity and sense of beauty”, could support that endeavour.

Orbán said a nation’s culture is a “road sign” that shows “where we’ve come from and where we’re going”. If we “stray”, we may become “hopelessly lost” and, with time, may no longer know what we’re fighting for, he added.

He said folk art is a “multiplier” of the importance of culture as it shows “what it is to be Hungarian and why it’s good to be Hungarian”. Hungary’s ethnographic heritage “fills us with a sense of freedom”, he added.

“That’s why we anticipate and stand up against those who want to control us, and that’s why we recognise trouble in time, if danger threatens our culture, traditions, our way of life, our heritage,” he said. Orbán said that only Hungarians are capable of preserving Hungarian culture.

He acknowledged the beauty of the museum’s former home, opposite the parliament building, but said “its form did not suit its content” as the new building’s form does. The museum’s new home shows that in a world where “block buildings and unimaginative office complexes are a dime a dozen”, something “unique” can still be crafted that “grabs one’s attention and lifts one’s spirits”, he said.

Addressing the opponents of the Liget Project, a scheme to transform the City Park into a museums island, Orbán paraphrased a Dakota proverb: “If you realise you’re riding a dead horse, then dismount”.

László Baán, the government commissioner for Liget Budapest, praised the “genius” of the building’s architect, Marcel Ferencz, and thanked Prime Minister Viktor Orbán for his personal support. The Museum of Ethnography now has a “world-class” new home, he added.

Museum director Lajos Kemecsi said the 150-year-old institution was getting a home “tailored to its own needs” for the very first time.

The new building will open its doors to the public on Monday.