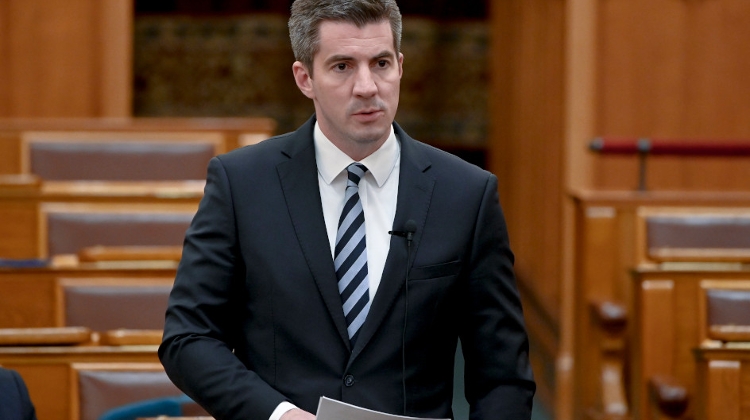 The structure of the incoming government reflects the expectations of voters and Hungary’s national interests, the ruling Fidesz party’s group leader said in parliament on Tuesday.

It is geared towards overcoming the challenges facing Hungary and adapting to global upheavals, he added. In the April general election, Hungarians voted for civic governance, peace, security, supporting families and upholding utility price and tax cuts, Máté Kocsis said in a debate on a bill on the list of Hungary’s ministries.

This is what the Fidesz-led alliance has been given another two-thirds majority to represent, and these issues must be taken into consideration when determining how the new government operates, he said. Kocsis cited Prime Minister Viktor Orbán as saying that the years ahead held manifold challenges for Europeans.

Kocsis said the ruling parties put the security of the Hungarian people first, adding that this was a prime factor in how the government was structured.

Turning to the challenges facing Hungary, Kocsis said the agriculture sector would have to endure global price increases and the effects of the war. Hungary needs an agriculture ministry that places priority on domestic food security, competitiveness and quality, he said.

Preserving peace and security is also among the incoming government’s most important tasks, Kocsis said.

The proposals on restructuring the country’s law enforcement agencies serve to boost the work organisation of the interior and defence ministries as well as that of the prime minister, he said.

The new cultural and innovation ministry will focus on matters pertaining to the future and will carry out the tasks required for the implementation of a 21st-century social policy, the group leader said.

Kocsis said the ministry of technology and industry will be similar to the former ministry of innovation and technology but with new and expanded responsibilities. Concerning the war in Ukraine, he said the ruling parties condemned Russia’s aggression.

A law enumerating eleven ministries in the government was approved by MPs with a vote of 124 for and 39 against later on Tuesday.

The legislation spins off the Construction and Investment Ministry from the Prime Minister’s Office.