E-Scooter Chaos to End in Budapest? 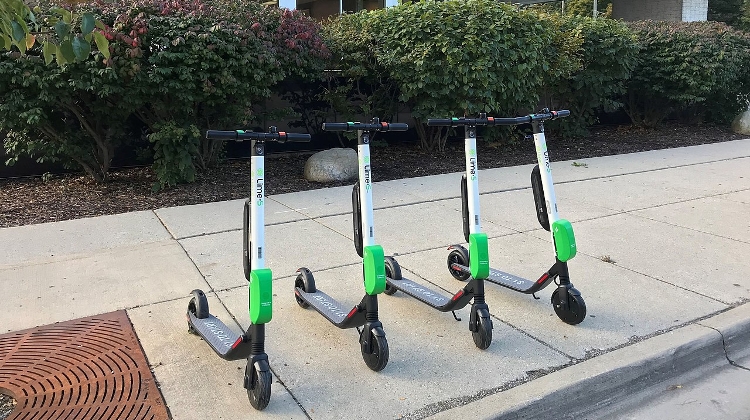 “The e-scooter chaos can finally end in Budapest”, mayor Gergely Karácsony declared as he announced that more than 300 mobility points had been created in downtown Budapest where e-scooters and bicycles can be parked.

The spreading scooter chaos has caused a terrible headache for more than a few, Blikk writes, as scooters are often left tipped over and forgotten in the middle of roads and sidewalks.

Recently, Second District mayor Gergely Örsi announced that e-scooters can be left only at specified points in his district. This approach will now be adopted by the Sixth, Seventh and Eighth Districts.

The Budapest Transport Centre (BKK) said that the parking places will be called “Mobi-points”, based on a public vote.

BKK CEO Katalin Walter said the regulations required for Mobi-points will come into force in June, and the districts will sign a contract with the service providers.

The districts will penalise operators for devices not deposited at the designated location, and they will obviously pass this on to users, 444 writes.