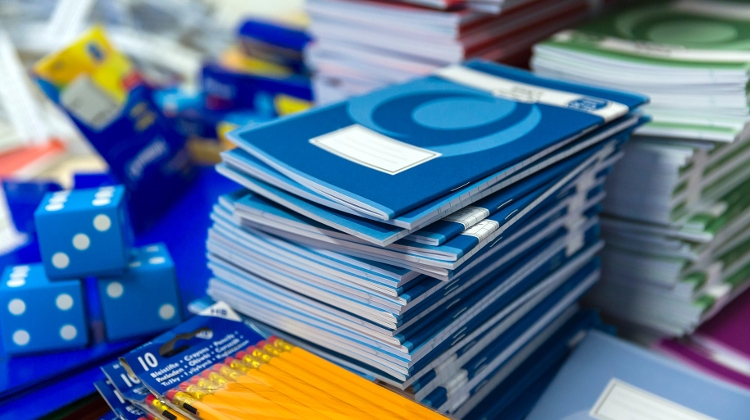 Hungarian parents attach great importance to the education of their children and are willing to spend extra on it, according to a recent representative survey by Hungarian Bankholding.

The cost of new clothing is the biggest burden on the family budget, meanwhile, during the school year, parents spend the most on extracurricular activities. In terms of financing, and the expenses they incur, they rely mostly on their monthly income, but some also take out loans during the back-to-school season.

Some 62% of respondents said that clothing and shoe shopping is the most significant expense for families. The second place went to school supplies - notebooks, stationery, and textbooks (40%), while the third place went to financing extra activities after school, such as sports activities and extra lessons (31%).

Although the start of the school year is typically one of the biggest expenses of the year, parents still spend extra on education even after school starts. Some 46% of the surveyed said they spend more on additional extracurricular activities during the year and 36% on IT equipment.

Other extra spending during the year includes buying sports equipment and clothing (23%) and providing accommodation for their children in college (21%).

The survey also looked at how respondents plan to finance the extra expenditure this year. Extra costs are predominantly financed from current monthly income (51%) or from savings specifically set aside for this period (39%), for which they save for an average of 4.5 months.

In addition to savings, bank loans also appear as a source of financing. Some 15% of respondents to the survey have already taken out a loan to cover childcare costs, and 10 % of them think they might consider using a loan product in the future. About 20 % of the population have not yet used this option but think that borrowing may be necessary in the future.

"43% of the respondents who had already taken out a loan had used a personal loan, 20% had used a credit card for child-rearing costs, and more than two-thirds of them had considered smaller amounts of up to HUF 500,000," said Péter Somogyi, managing director of retail business development at Hungarian Bankholding.

He added, "Personal loans are the best solution for financing smaller expenses, and credit card offer products with favorable terms that can provide an immediate solution at a time like the start of school."

Some 46% of respondents used loans to buy IT equipment - tablets, computers, mobile phones - 31% to cover the cost of higher education at home and 28% to finance school equipment.

Pocket Still Given in Cash

Despite the increasing use of cards, a large proportion of parents give pocket money in cash (80%). Most children spend it on food and beverages (69%), entertainment (47%), and clothing (21%), but nearly a third (31%) regularly put some money aside.