Economy Expands 6.5% in Hungary During Q2 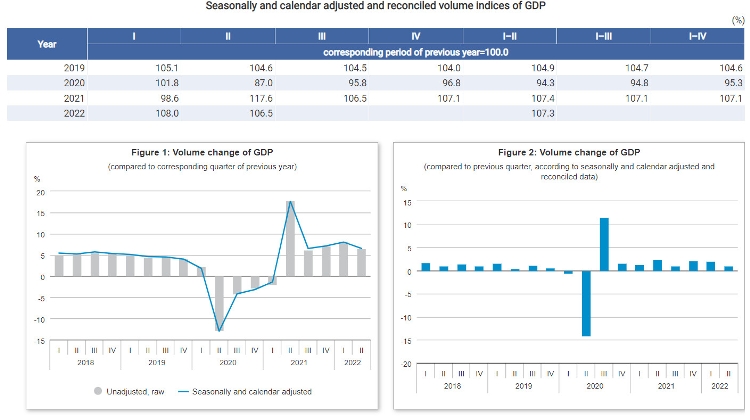 Hungary's GDP grew by an annual 6.5% in the second quarter, the Central Statistical Office (KSH) said in a first reading of data released on Wednesday.

KSH said all branches of the national economy contributed to headline growth, with the exception of the farm sector.

Growth was supported especially by industry, particularly food and drink production and electrical equipment manufacturing, and by market services, notably commercial accommodations and catering, and logistics services, it added.

Quarterly growth slowed from 8.2% in Q1, KSH noted. Adjusted for seasonal and calendar year effects, Q2 GDP growth was level with the unadjusted figure. In a quarter-on-quarter comparison, adjusted GDP rose by 1.1%. First-half GDP growth climbed by an annual 7.3%.

Commenting on the data, Finance Minister Mihály Varga said all branches of the economy contributed to Q2 growth, with the exception of agriculture, which was hit by the drought. Industry, trade, tourism, the financial sector and the ICT sector, too, performed well, he said on Facebook.

Varga said the foundation for the performance of the Hungarian economy was work, noting that the number of employed exceeds 4.7 million, while the jobless rate is at a record low of near 3%.

Magyar Bankholding could bump up its forecast for 5.7% full-year growth, he added, while acknowledging an expected slowdown in the coming quarters because of base effects and the impact of the war in Ukraine.