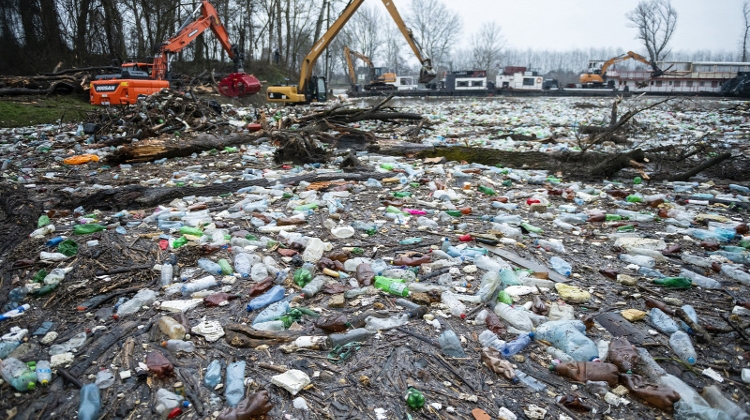 Áder noted that Hungarian-Ukrainian director Ljasuk focuses on the issue of waste and is an advocate against human neglect of the environment. His documentary In the Name of the River Tisza won main prize at the International Nature Film Festival in Gödöllő last year.

Ljasuk said he had witnessed the problem of plastic pollution on the Tisza first in 2018 when he was shooting his first film and decided to be an activist, organising a campaign which collected 1.5 tonnes of plastic waste from the river.

“The areas cleaned every year became polluted again because floods bring huge amounts of additional waste from the upper sections of the river from Ukraine and Romania.” He said individuals, corporations and states were largely responsible.

“People decide what they buy and where they throw the packaging. Companies have spread plastic packaging…” he said.