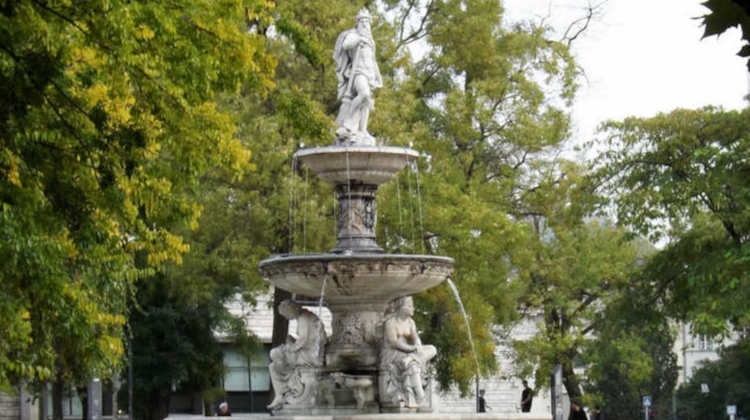 What better way to cool off in the middle of the city than a gushing fountain, romantic for couples, refreshing for kids who can skip through some of them. Budapest even has a musical one!

This fountain on Erzsébet tér was originally located on Kálvin tér – and was even going to be relocated to Ferenciek tere.

Opinions are also divided as to why it was built: some say that the First Pest Savings Bank built it out of remorse because their building took up so much space, others say that they were obliged to do so by a court decision.

Designed by Miklós Ybl, also responsible for the Opera House, the fountain symbolises the four largest rivers in historical Hungary – the Danube, the Tisza, the Drava and the Sava – in an allegorical form. 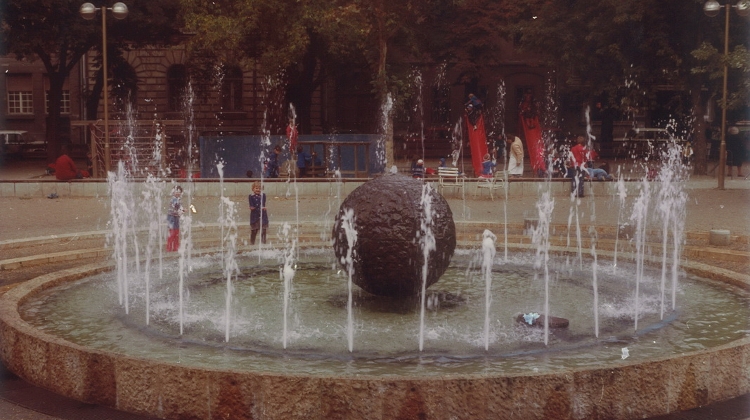 The pocket park of Károlyi-kert near Astoria is a favourite spot for students whose universities are close by. The gardens are also one of the oldest in Budapest, originally attached to the Károlyi Palace, now the Petőfi Literary Museum. The PIM is currently under renovation, and according to plans, the Károlyi garden and the palace will be reopened together. 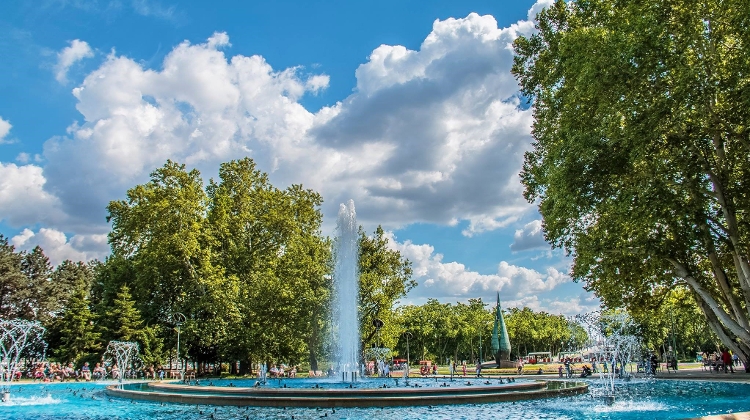 This list would not be complete without this favourite of locals and tourists, the Margaret Island Musical Fountain, also one of the largest in Europe.

Around the edge, 36 metres in diameter, the melodies were first heard in 1962, but that was when live musicians accompanied the pretty water display. 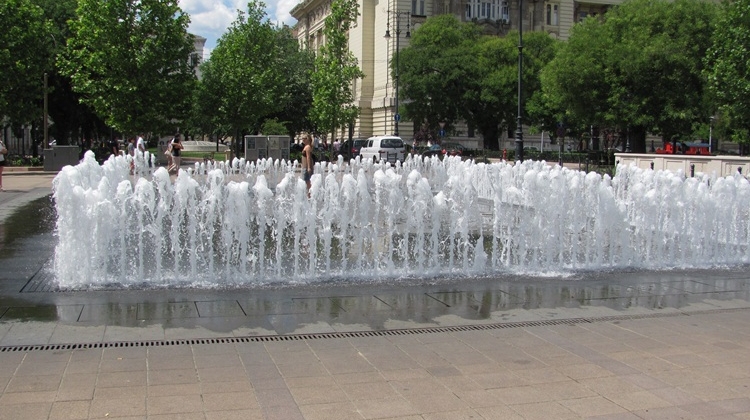 Since it was unveiled, this sensory, interactive fountain is one of the best things about this huge square in the city centre, and in summer, both young and old love playing around the water. 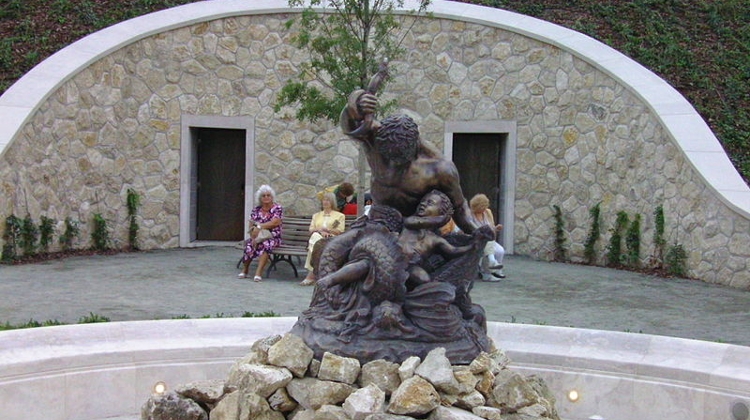 The Neo-Renaissance gardens of the Várkert Bazar are a wonderful spot for relaxation, but many pass by the Triton Fountain without realising that it was created from a reconstruction based on two old photographs.

Centrepiecing the gardens, you can see two figures in conflict, Triton and Cupid. The bronze composition was probably inspired by the story of The Little Mermaid, published here in 1831. Triton is challenging Cupid as his daughter had fallen in love.