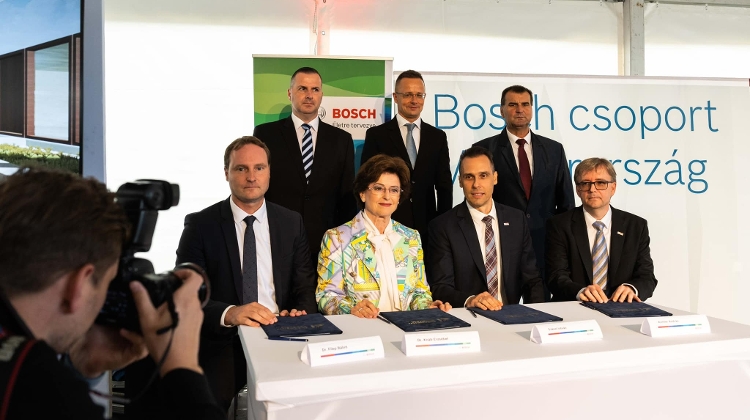 The investment that will create 200 advanced-skill jobs is receiving a 1.2 billion forint government grant, the foreign ministry cited Péter Szijjártó as saying at the ground-breaking ceremony.

He noted that Hungary is the third country in the world, besides Germany and China, to house plants from all three premium German car makers, adding that other top German companies also considered Hungary a key location for research on autonomous driving.

Hungary has become a leader in the European electric vehicle industry, thanks in part to having the lowest corporate tax rate and the government’s refusal to treat the question of energy supply as a political or ideological issue, he said.

Szijjártó said German companies were still the largest investors in Hungary, noting that bilateral trade turnover hit a new record last year and grew by 8% in the first half of 2022 to exceed 32 billion euros.