“No Way” Will Hungary Back EU Gas Price Cap 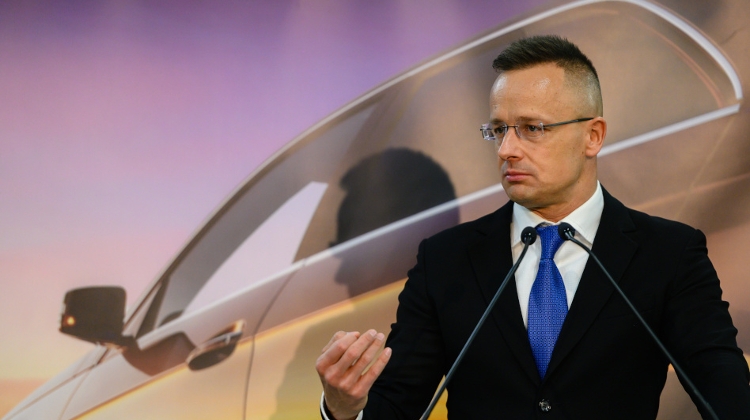 Hungary will in “no way” support a proposal to introduce a cap on the price of gas in Europe, according to Péter Szijjártó.

The foreign minister called such a measure “sanctions in disguise” leading to further increases in energy prices and serious challenges in terms of supply security. Szijjártó called the EU proposal “absurd”, saying it was aimed at “suppressing Russian gas imports”.

Szijjártó insisted that a member of the European Commission had admitted that the proposed measure would be a political move to cut Russian state revenues and would not result in reduced gas prices. He also said the proposal was “disguised as a price cap” because “as a commercial measure it could be adopted with a two-thirds majority, whereas sanctions need unanimous support”.

Hungary would face serious risks to the security of its energy supplies should Russian gas be banned from the European market, Szijjártó said. “Ensuring gas supplies for a country is not a political or ideological … but a physical issue,” he said.

“How long does Brussels want to continue its sanctions policy, which runs totally contrary to Europe’s interests?” Péter Szijjártó, the foreign minister asked after a meeting of EU counterparts, adding that sanctions had “failed”, while the war was escalating and energy prices were at a record high.

In addition, energy supplies are more and more problematic, he said. Introducing a price cap would be a political decision “but we know no political reason to give up the security of Hungary’s energy supplies”, he said.

No political reason could make the government “put Hungarians in a humiliating position in which they could not heat, cook or have hot water”, he said, adding however that no decision had been made in Friday’s debate. The European Commission will submit a written proposal on the subject in the next few weeks.

Concerning current supplies, the minister said Hungary’s gas storage facilities contained 38% of the country’s annual consumption, as against 22% in the EU.

He said Hungary’s was the third highest rate in Europe, and noted that the EU’s directive was 35%. Deliveries of gas purchased on top of contracted volumes are continuous, Szijjártó said, adding that 60% of all deliveries were received from the south.

“The sanctions are mighty but they don’t hit where they should,” he said, adding that they “are placing increasingly unbearable burdens on Europe’s economy”.

He insisted that the largest price hikes had not been triggered by the outbreak of the war, but by “the flaunting and adoption of the sanctions”.

“There’s nobody in Europe left unaffected by an ill-advised sanctions policy, from high public utility bills through transport to agriculture,” he said. Dömötör called the sanctions “runaway means of economic self-destruction” and called for a change.

While Europe’s economy is significantly slowing and unemployment is on the increase, and the euro is weakening against the dollar, Russia’s economic recession will not be as great as expected, while it has posted the second largest current account surplus in the world, the state secretary said.

Russia had even been able to increase its energy revenues while selling less gas to Europe, he said, adding that energy company Gazprom had accrued 85% more revenues than before sanctions were imposed. Europe depends on Russian gas, he said.

“But instead of changing direction, the EU is planning a price cap on Russian gas, which would be a sanction disguised as a trade regulation … presenting a serious risk that Russia would stop gas deliveries,” he said.