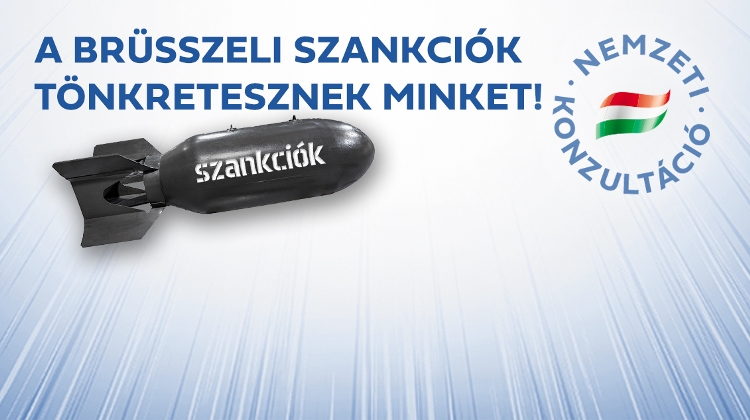 The Hungarian government has released the content of the series of questions which it calls a “national consultation,” consisting of a total of seven questions:

According to HVG, not only does the “consultation” have no practical use and is expensive, but the questions are not based on factual information: Essentially, the government is “consulting” with fake news and non-existent sanctions.

On Saturday, the government sent a message with an even stronger image, showing a bomb with the word “sanctions” written on it.

This is at a time when there is daily news about civilian targets being bombed in neighboring Ukraine, including playgrounds and residential buildings far from military targets.

The picture was first published as a post, but was deleted and then became the cover picture for the Hungarian Government’s Facebook page.