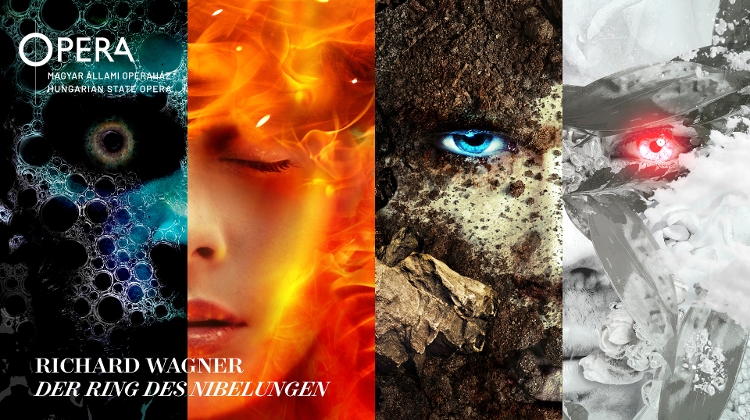 After a decade and a half, Richard Wagner's monumental opera cycle is on stage of the refurbished Budapest Opera House for four weeks in November 2022.

Accompanied by spectacular projections, the production, which also carries sci-fi motifs, the production approaches the story based on Germanic and Scandinavian mythological elements from the social issues of modernity.

The OPERA presented the first three instalments of the tetralogy in 2015, 2016, and 2017, while the premiere of Götterdämmerung could only take place in May 2022 due to the renovation of the historic Opera House.

Thus, after 15 years, Der Ring des Nibelungen will be on stage again in its entirety in November this year twice, every Saturday and once the following week: Das Rheingold on 5 & 9, Die Walküre on 12 & 16, Siegfried on the 19 & 23, and Götterdämmerung on 26 & 29 November.

The complete cycle last appeared on the OPERA programme in January 2007, then directed by Viktor Nagy and conducted by János Kovács.

In the main roles, the audience can enjoy performances by leading soloists of the Hungarian State Opera, almost all acclaimed in Wagner roles: Mihály Kálmándy (Das Rheingold), Béla Perencz (Die Walküre), and Krisztián Cser (Siegfried) as Wotan, István Kovácsházi as Siegmund and Siegfried of Götterdämmerung, while Zoltán Nyári plays the title role of Siegfried, and Brünnhilde is performed by Szilvia Rálik (Die Walküre, Götterdämmerung) and Tünde Szabóki (Siegfried).