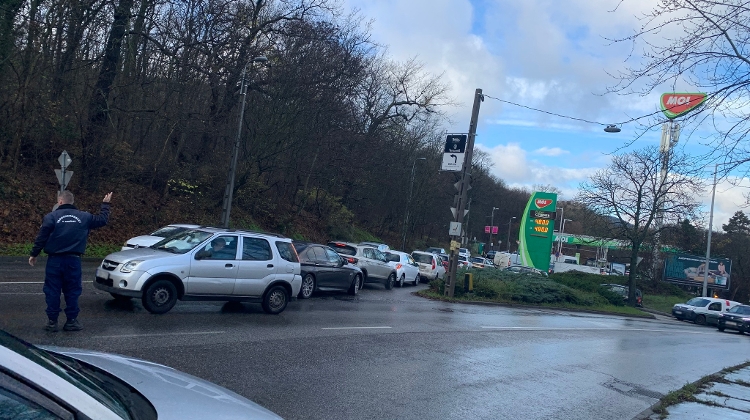 As several gas stations run out of fuel, a left-wing columnist accuses the government of creating a shortage by maintaining fuel price caps.

A pro-government economist, on the other hand, blames shortages on the MOL oil company and calls on the government to place it under state control.

According to different media reports, several petrol stations have run out of fuel. According to the MOL oil company, the shortage is due to panic buying. The MOL company, however, also said that it is struggling to meet demand, noting that fuel consumption has surged by 50 per cent since the introduction of fuel price caps in November 2021.

Népszava’s István Marnitz writes that the fuel shortages are the result of the government’s mindless and voluntaristic price capping policies. The left-wing columnist accuses the government of ignoring market realities and embracing what he calls ‘the demagogy of maintaining low prices’.

In a sarcastic aside, Marnitz suggests that the fuel price caps may at the end of the day achieve the dream of radical greens who call for a drastic cut in fossil fuel consumption.

In an interview with Pesti Srácok, Imre Boros accuses the MOL oil company of creating an artificial shortage in order to force the government to abandon fuel price caps in the hope of higher profits. The pro-government conservative economist claims that the MOL company serves US interests by fomenting ‘hysteria’ and panic buying.

Boros goes so far as to accuse MOL of ‘trying to disorganize the Hungarian society’ in order to help the opposition into power. As a solution to the fuel shortages, he calls on the government to take the MOL company under state control.

He also suggests that the secret service should investigate whether MOL is creating shortages artificially by reporting network problems.